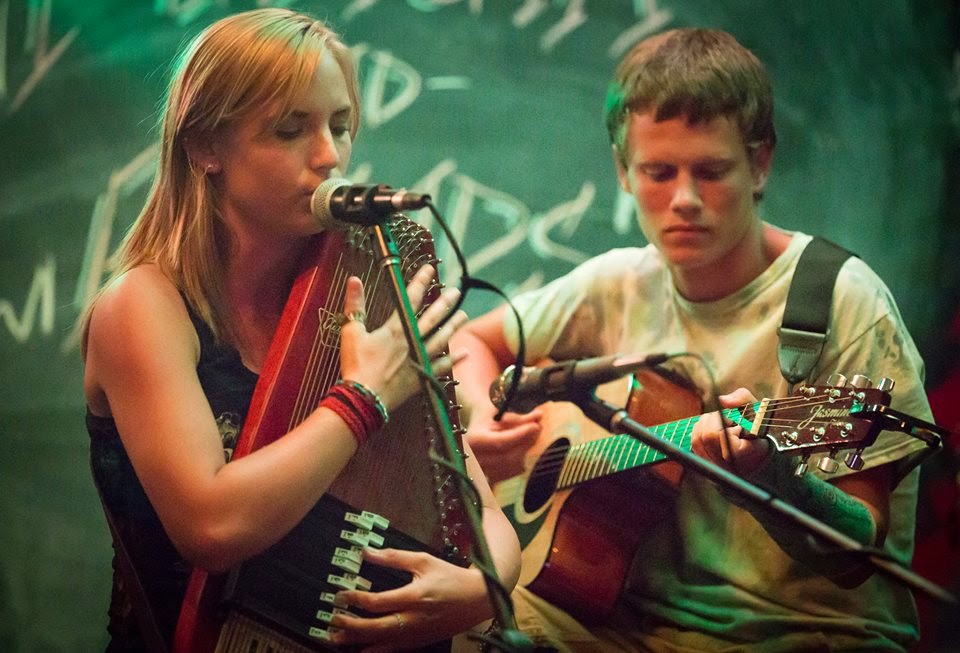 KC is beginning to find out what is hidden in a guitar. He was up very late last night working up a double 'D' tuning and a series of blues riffs and some ad lib runs.

This morning he stumbled out of his room , drug himself into the computer room, and told me that he had to show me what he had learned over night. It was an extraordinary advance in his guitar skills. In one night he came to understand some of the math of music and opened his mind and his hands up to new styles of playing.

I do not believe that he thought that he was capable of it. Now he sees what he can do with enough intense dedication.

That was a lot to figure out about music, and life, in just one night.
Posted by Steve Edwards

KC can certainly bend them guitar strings...
Now we will see if he can make folks cry when he plays and sings..

Tried to work Polished Steel into that, but the Muse is on her coffee break. -Lloyd