The Road To Restoring Lives 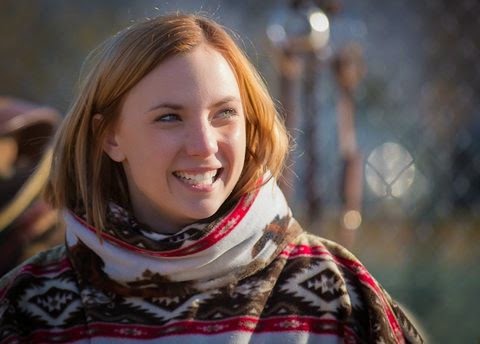 Ashley Edwards will have her first session training law enforcement to better communicate with severely traumatized victims of abuse. I will be assisting. She will start out with a round pen demonstration and then each investigator will enter the ring and learn how much more effective using prey animal body language is than using their natural predator body language.

They will learn to apply the lessons of the round pen to their investigations.

The bottom line is simply that severely traumatized people naturally respond to prey animal communication and are repelled by predator animal communication styles. This lesson is really driven home when patients in the ptsd program in our local Veterans Hospital come out to work with our horses. Explaining what a gesture means to a horse is much easier with this audience than it is to explain to a group of people who have had horses all of their life but know nothing of natural horsemanship.

This body language makes sense to these patients. They do not need to learn an entire new language. They just need to have a few points clarified.

In the great movie "Buck" the point is made that many of the greatest natural horseman have been what was described as "tortured souls." That is real. While those who have lived an easy life can learn to become solid horseman it is harder for them to learn to communicate with a horse than it is for those who were raised in the suburbs of Hell.

The first time Ashley came to my horse lot she walked over and began to hug and rub a young horse who was too shy to be touched by anyone. She had never handled horses before. She and the horse understood each other.

I have been prosecuting sexual assault cases and crimes against children for over fifteen years. It was in that capacity that I met Ashley when she was seventeen years old. She was brilliant, articulate, and filled with insight. Her ability to spend only a few moments with a person and then give me an accurate impression of the person's motivations, fears, and hopes is quite eerie at times. Ashley reads every signal that is given by a person whether the person has any idea that he is giving the signal or not.

It's not a cute parlor trick.

Her life depended on it. Like the horses she has developed  survival skills.

Ashley's childhood was the wost that I have ever encountered. She understands suffering and the effects of abuse as well as other young people understand that sugar is sweet. She also understands that if the system had worked as it should have her Hell would have ended about seven years sooner than it did--Seven Years.

Her program is designed to inspire and inform professionals in the field how they can  keep that from happening to other kids. There is another component of what she teaches  for those who have been traumatized, including those with ptsd. That part of her program is called The Other Side.

Ashley is twenty years old and is in independent living in foster care. This fall she will begin studying for her paralegal certification. She has formed a company, Road To Repair, LLC so that she can reach and teach law enforcement, social workers, guardian ad litems, emergency first responders, CASA workers, and high school guidance counselors how to more effectively do their jobs.

In the interest of full disclosure, I am not an unbiased examiner on the issue. Ashley is one of the most impressive people that I have ever met. She recently changed her last name to Edwards and my wife and I will be adopting her.

This is a big deal. She has been developing this for months.

She will change lives.

I am proud to know her and I am very proud that she wanted her last name to be Edwards.
Posted by Steve Edwards 1 comment: 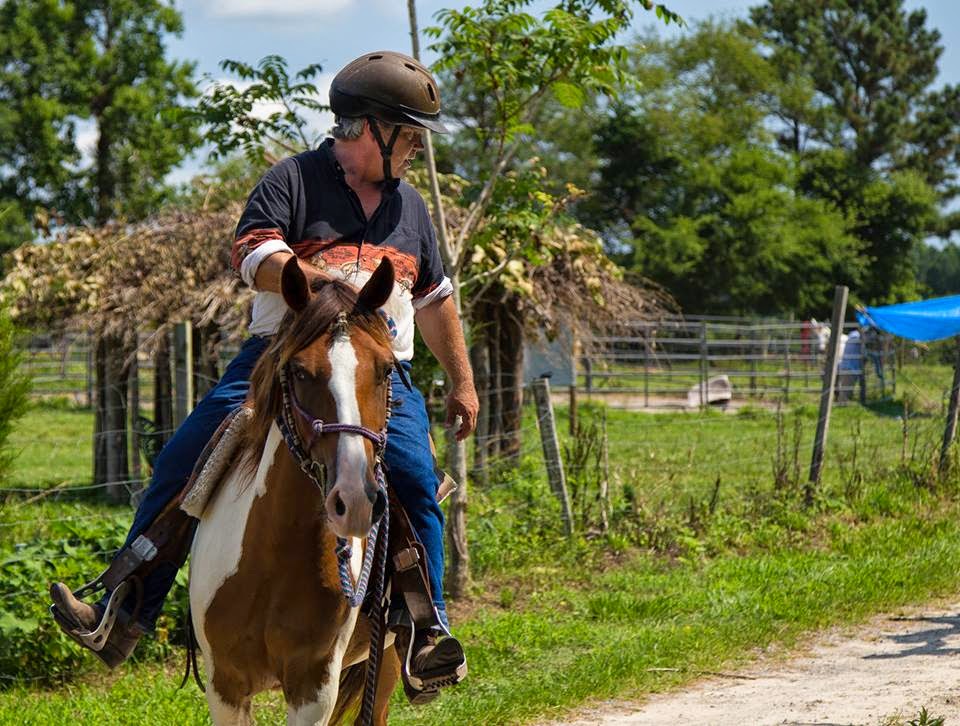 My disdain for competition is rooted in three things.  Historically, horses have suffered to win games for the sport of humans. Secondly, it creates the horrible belief that some horse's lives are worth more than other horse's lives. Lastly, competitions lead to people selling their own horse's to purchase horses that would be more likely to win strips of cloth of a different color.

However, we must show people what these horses can do. As a breed the Colonial Spanish horse is threatened with extinction. Individual strains of that breed teeter on the brink of being gone forever. Very few horse people have ever even seen a Colonial Spanish horse/ Spanish mustang. How are they to know that these horses bond tightly with people, are incredibly healthy and sturdy, are athletic and even great make first horses and family horses.

So we will race them, ride them incredible distances, have them trained and ridden by children and novices, and loved by owners and riders who seek iron strong connections to their horses.

And we will breed and place them with others who will do the same--Corollas, Shacklefords, Baccas, Marsh Tackys, Choctaws, and Grand Canyons. We will raise them all and occasionally cross them with each other to bring out the best of various strains. 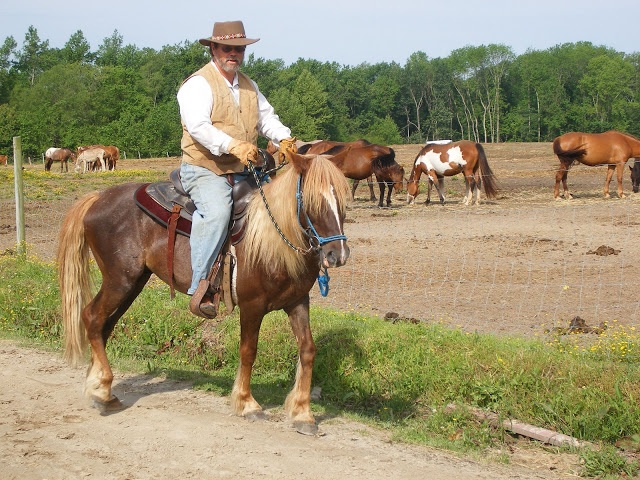 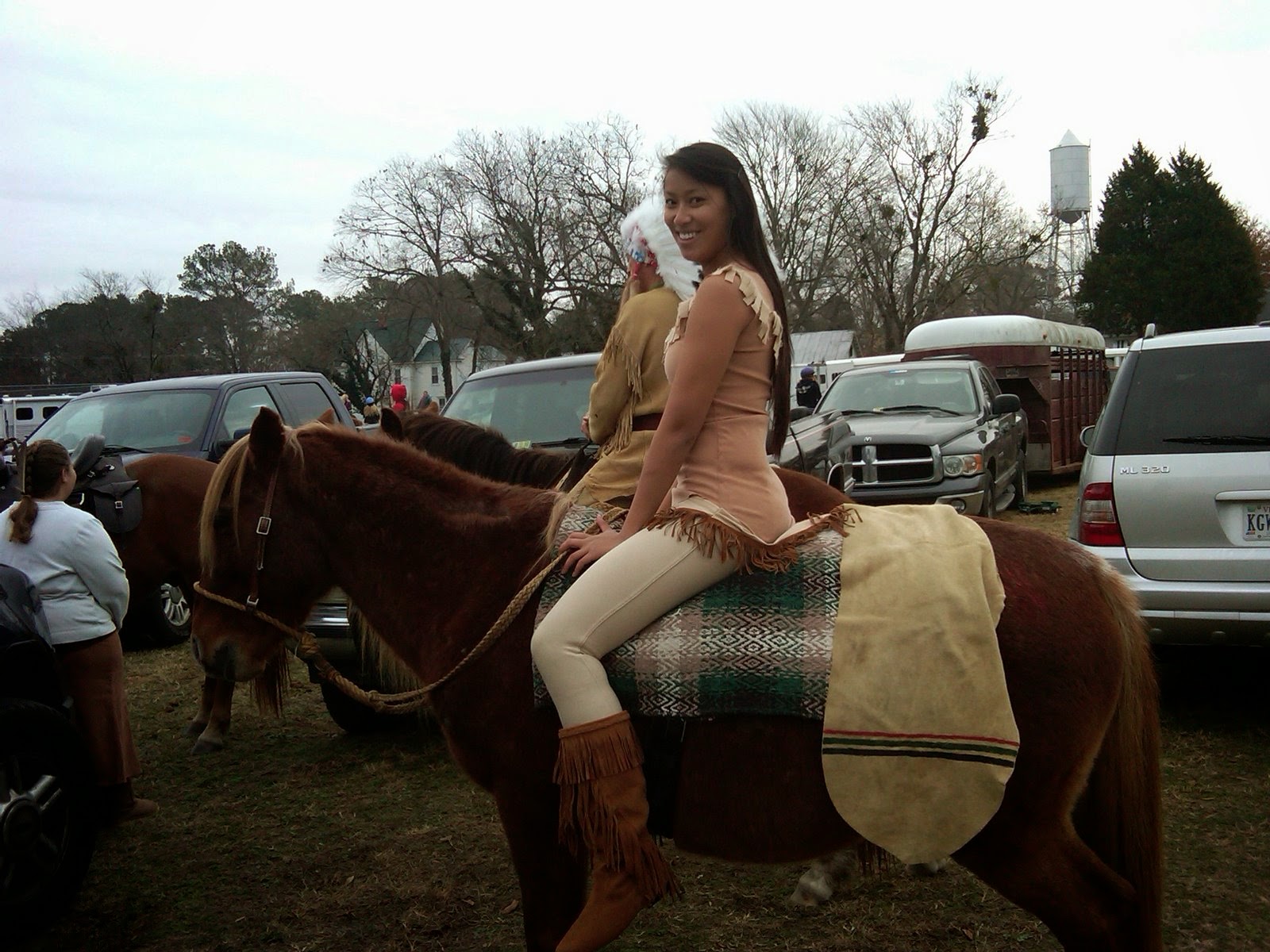 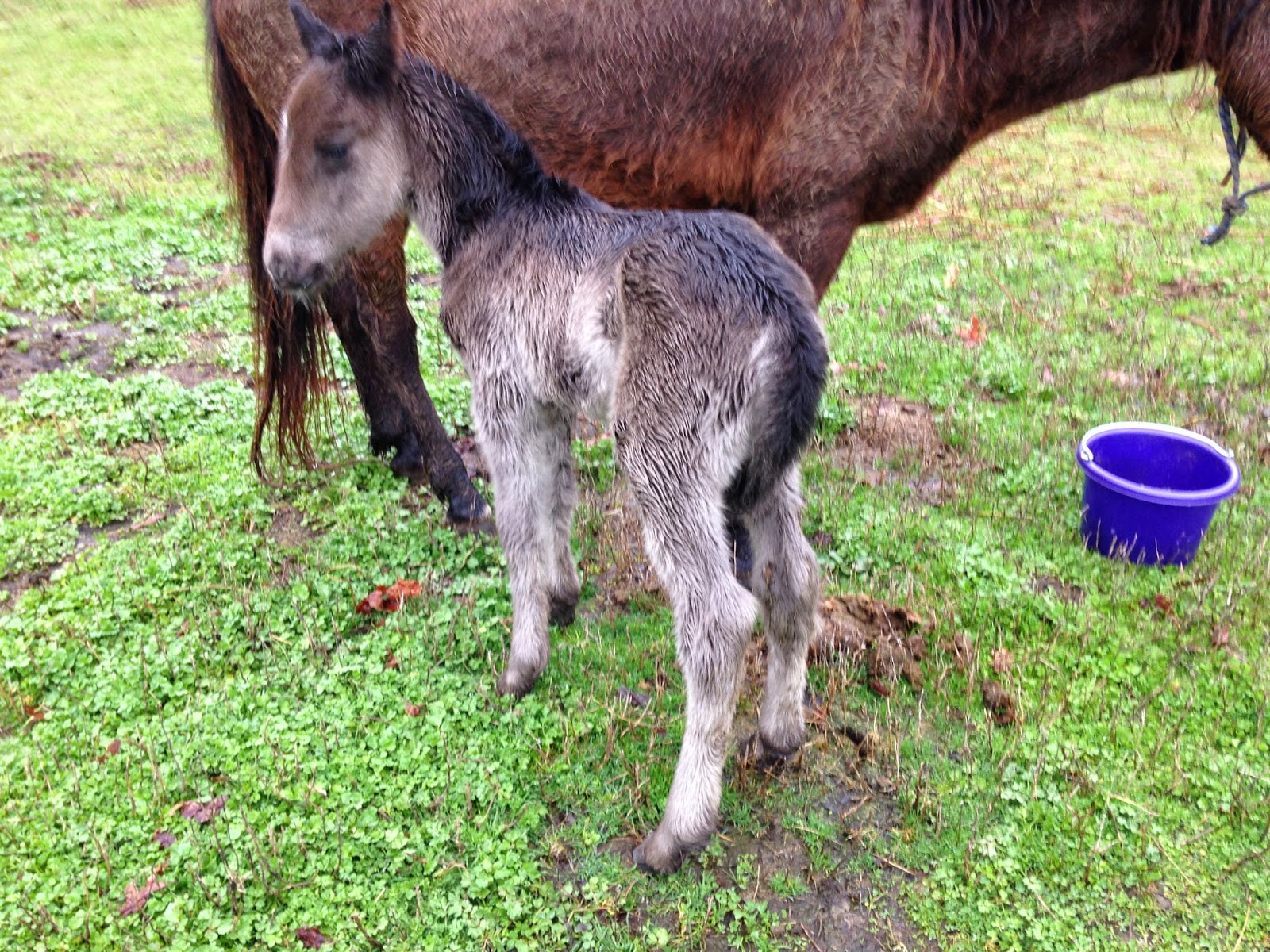 Poncho is shown here a few hours after birth. His grandfather, Croatoan, died last fall at an old age after having a great life. (Croatoan is shown in the pictures above).

There will be one more gift from the grave in coming weeks. The last mare that Croatoan bred, Feather, will have a little one soon. These foals might hold the key to the prevention of the extinction of these historic horses.

If you would like to become part of this effort and raise Corollas of your own simply email for more information.
Posted by Steve Edwards No comments: 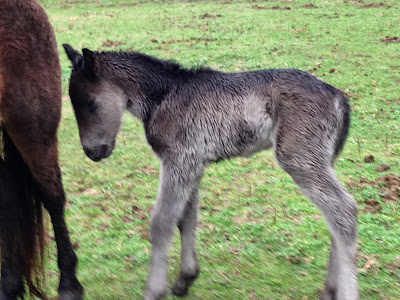 Poncho, the son of Polished Steel and Stitch, was born last week. His grandfathers are the original Red Feather and Croatoan. There is no reason for him to be anything but a spectacular horse.

He is eligible for placement in the Corolla off site breeding program. If you would like to become a part of this effort to stave off the extinction of these historic horses and if you can handle a stallion this horse is a great way to begin.

He will be ready to go in about six months.

For more information on the off site breeding program and how you can own one of these great Colonial Spanish horses send me an email.
Posted by Steve Edwards 1 comment: