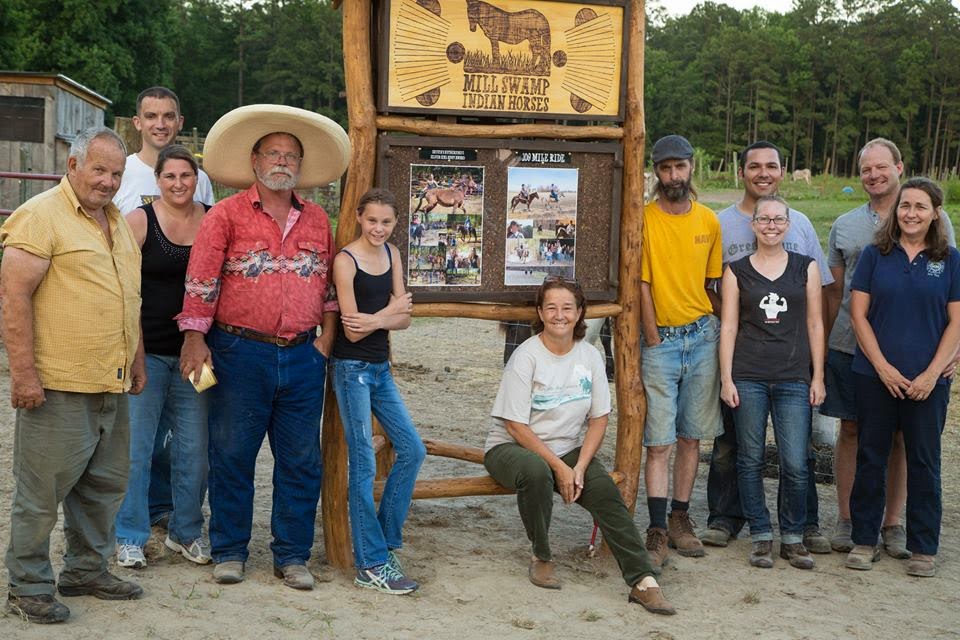 Dan made this tremendous kiosk which prominently features Tom's sign. It is this kind of volunteer activity that keeps our operation running.

It is the purpose behind that kiosk that makes it worth the effort to keep our operation running.

We ride. We train. We learn.

But most importantly, we teach.

We teach horses, history and humanity. We teach music. We teach cooperation and compassion.

One can ignore a footnote in a book. One can even ignore a book, but one cannot enter our horse lot without seeing and being drawn to this kiosk. It is designed to present information in a manner that it can can quickly absorbed.

So quickly, in fact, that a kid can learn something before he has time to realize that he is being educated.
Posted by Steve Edwards 1 comment: 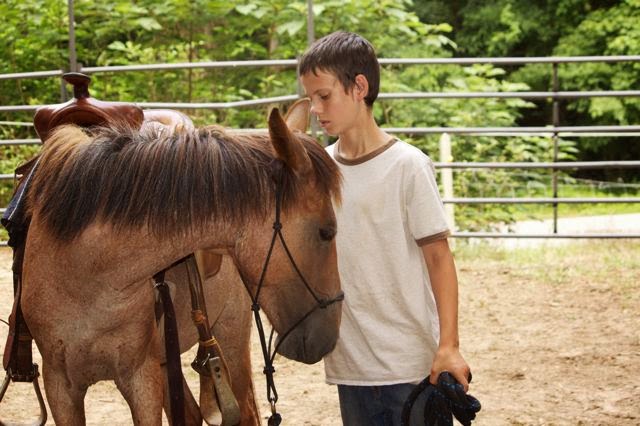 Finding a bright teenage boy in this culture requires a patient and diligent search. Several years ago I found one. KC was one of the brightest spots in a post-Lido horse lot. Perhaps as bright as me, certainly as eccentric as me, KC was always looking to fill the empty spots in his brain.

This picture is about four or five years old.

Now he has come home.

Early this morning he was on the sofa reading Richard Goodwin's "Remembering America". He was learning--from one of my favorite books of all time.

He has ridden every day since moving in. He has ridden Ghost Dance more than she has ever been ridden. He has ridden Feather, a four year old Colonial Spanish horse that he is training for a couple of woods rides and gave her her first opportunity to canter in the woods.

He has nearly finished building a new hog pen. He has played music twice at a tea room and once at a senior citizens convalescent center. He has learned to play Ashley's favorite song, "I See Fire" as I never could and the two of them have really hit a home run with the song. He has helped Dan get the new parking lot going.

Tomorrow will make two weeks that he has been back with me.

He is off to a good start.

We have a thousand good things going on as we are expanding our program. Having KC home is the best of them.
Posted by Steve Edwards 1 comment: 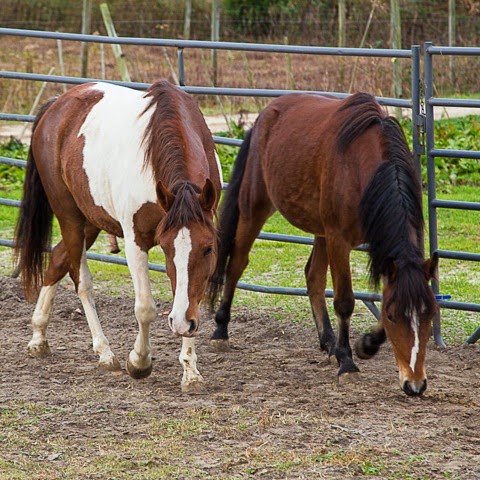 It has been pointed out to me that the blog is running slowly these days. I am working on another major writing project for a film that is occupying my thinking time. (In fact I should be working on that right now.)

However, I cannot help but note how surprised I was Sunday afternoon riding Joey, the pinto Choctaw Colonial Spanish horse shown above.

I know smoothness. I ride mustangs.

I know toughness. I ride mustangs.

I know stamina. I ride mustangs.

I know heat and humidity. I ride in Tidewater Virginia.

But I really did not know how fast a mustang could move out while gaiting until Sunday. Joey sought to find a place where there were no biting flies. He seemed to think that such a place must be just up the path. He gaited out at such a speed that the other mustangs loping behind me were barely keeping up. Snow on Her is an SMR and was certainly able to move with us, but she was carrying much less weight than Joey.

Mill Swamp Indian Horse Views: Alumni: I love it when my little riders who have become nearly grown come back and ride. I did not teach Ashley to ride. She was a competitive st...
Posted by Steve Edwards No comments:

Mill Swamp Indian Horse Views: Perhaps They Are Getting Too Old.

Mill Swamp Indian Horse Views: Perhaps They Are Getting Too Old.: A Tale of Three Riders--We return from a hot, dusty ride--temperature in very low nineties--time for a lunch break before we spend the af...
Posted by Steve Edwards No comments: 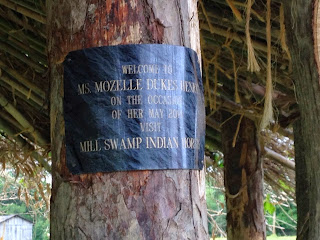 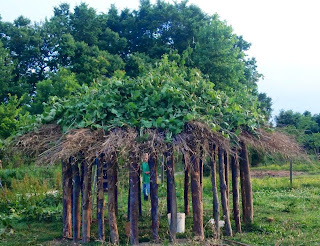 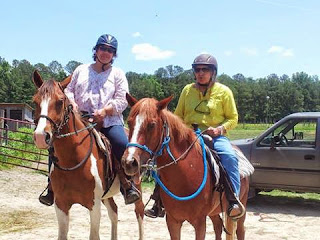 Amidst the carnage of World War II a handful of American leaders had the foresight to put a major effort into recovering works of art stolen by the Nazis. A minuet  fraction of Americans had ever even hard of most of this art. At a time when their sons and brothers and husbands and fathers were dieing in battle it is hard to imagine that most Americans would have supported the risk of spilling even more American blood to save paintings, especially if they understood that the hope was to return this art to its rightful owners.

The appreciation of the value of beauty has been hard to quantify in any culture. But in that instance enough people with enough power to get the job done took on that task for the sole purpose of preserving beauty for future generations.

They are monument men.

We had two very special guests visit the horse lot this weekend, Monique Scheaffer and her mother Mozelle Henry. Monique introduced us to the Choctaw horses. She gave Joey and Twister to our program so we could help increase the visibility of these rare Colonial Spanish horses. To commemorate the visit my riders worked hard to build a Choctaw chickee, a traditional summer dwelling structure of the Choctaws during the early 19th Century. A small plaque marks the structure.

Before lunch Monique and Mozelle joined Terry and I for a long ride through the woods. Monique is riding Joey, a Choctaw horse that she gave to us last fall. Mozelle is riding Porter, a formerly wild Corolla horse.

(I will not give any specific ages but I will say that Monique is younger than me and Mozelle is older than Daddy).

They both share  my belief that the only  hope our horses have is for all of us to work together regardless of which particular strain we support.

They also understand that often the only difference between worthless and priceless is the ignorance of the consumer. When people ride these horses they learn what it pricelessness truly is.

Perhaps that is why I have never sought to sell one of my Corolla fillies and have instead,given them to special people.

It is too hard to calculate the sales tax on a priceless item.