In Defense of Parelli 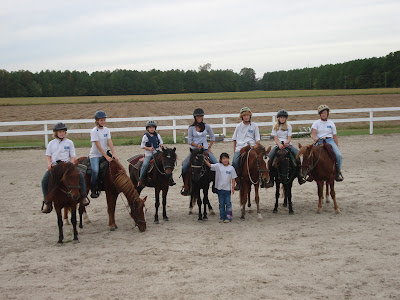 I have slipped off the sane part of the internet and fell into the mire of training videos posted on Youtube and the bizarre comments that they attract. I have found an entirely new community among horse people--the terminally humane. The established horse world was difficult enough to deal with but those who think that horses should be given the responsibility of choosing every step in their training and other activities are even worse. They deride all efforts at "forcing" horses to do anything and focus on getting the horse to "want" to do the right thing.

It amazes me that such people feel that, alone among every other animal species in the world, the horse has the right and the ability to only do that which it wishes. I woke up a few hours ago. I would have preferred not to. I am going to work after I spend an hour and a half caring for the horses. I do not want to go to work. My coffee tastes a little weak this morning. I do not want it that way.

However, life forces me to wake up, work, and drink weak coffee. Why does someone not post a video of me being forced and coerced into this captive lifestyle? Where is my cyber savior?

I once saw a completely blue bull frog. It was a very odd looking creature. I could not take my eyes off of it, though I found nothing attractive in it. It simply was too bizarre to believe.

That is the same experience that I had when I read comments complaining that Parelli coerces horses and forces them to do things that they do not want to do. There are many legitimate criticisms that can be made of the Parelli movement, but the idea that it is too violent and coercive is not one of them.

Do these people also complain that marsh mallows are too hard?

The result all too often will be a horse that lives idly in a stall, waiting for turnout because that is the life that is has been taught to want.

(If some drug company invented a wormer that was applied by rubbing it on a rope halter and having the horse wear the halter on a Tuesday, or any other day of the horse's choosing, within 48 hours the internet would be filled with comments from those attacking the cruelty and abusiveness of wormer that was not given using this new, humane method. Within 72 hours posts would be up demanding that those who use cruel, old fashioned, coercive wormers be criminally charged. Within 96 hours posts would go up pointing out that cruel, forced injection wormers were all invented by men who received psychological gratification from these assaults on horses.)

Worst of all, these extremist set themselves up as true natural horseman. As such they present the perfect foil for those that want to argue against natural horsemanship. They are a blight on the movement.

I practice natural horsemanship. I am not Gandhi. Neither are my horses.
Posted by Steve Edwards