Do You Remember The Day When You Stopped Blaming Your Horse? 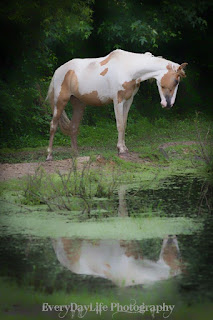 Do you remember when it flashed through your mind that your horse treated you with the same lack of respect that very single person in your life did?

Do you remember when you ruminated on each problem that you had with your horse on the trail that day? Do you remember when you stopped ruminating and began analyzing? You started to think less about what your horse was doing on the ride and more about what you were doing on the ride. You started thinking about how you created stress for the horse the moment you nervously mounted up. You realized that you only gave your horse partial cues because you thought that he was going to ignore them anyway. You realize that your mixture of fear and frustration created so much emotional noise that your horse could not hear anything that your body asked him to do. You realized that you were the only person on the ride carrying on a vocal argument with your horse instead of using a few perfectly consistent verbal cues.

You realized that instead of simply telling your horse "no" when he reached over to nibble tall wild grasses, you actually told your horse how much the feed cost that you were buying for him and that according to the directions on the bag he had had enough to eat and that he should not be trying to eat more.

And that day became one of the most important days in your life. You decided to learn how to ask your horse to comply in a way that the horse could understand. You decided to insist that your horse do as you instructed. You began to complain less and enjoy more. You began talking more at the office and you even spoke up to clarify a misunderstanding that your boss had about last week's shipment. You began telling your child that go to bed. And you began telling him only once. Gradually you noticed that there was less arguing between you and the kids. You started thinking about it and realized that you argued less with your kids beginning at the same time that you stopped arguing with your horse.

You even noticed that instead of getting your Whopper with onions on it the way that you always had--even though onions nearly always caused indigestion--you ordered your hamburger without onions. You looked in the mirror after you got a hair  cut and  thought that your hair looked better than it ever had. Then you remembered that you told your barber, for the first time in the decade that you had been his regular customer, exactly how you wanted your hair cut.

Of course, there were those few scary days when you realized that the horse was not to blame and you instead blamed yourself. And you blamed yourself hard. You were good at blaming yourself because the reality is that you have been blaming yourself for everything from the the earliest years of your life. That was when your parents steadily salted their language with words to make sure that you understood  that you really were not good enough.

And then you made the most important change in your life that you ever had. You came to realize that one can only be fairly blamed for something that one has control over.

And you realized that you could have more control over your horse, your job, your family, and your life.

It took a while, but you did it and it all began the day that you stopped blaming your horse.
Posted by Steve Edwards

It is liberating to learn to trust oneself and embrace both the successes and failures in life. To do so, personal accountability needs to be part of the equation.