What Natural Horsemanship Can Teach America: You Do Not Have To Lose In Order For Me To Win 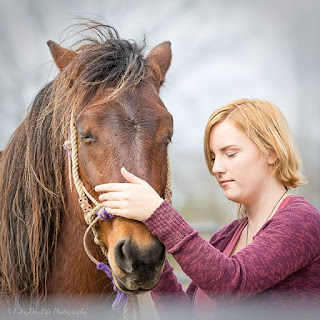 The older I get the less competition, in nearly any form, appeals to me. Competition gives us only three options--to win, to lose, or to tie. Were I to win, I would, by definition,  cause others to be losers. That does not appeal to me. Were I to lose, then in the eyes of the world, I would be a failure. That does not appeal to me. And were I to tie with my other competitors society would view the contest as being unsatisfying and incomplete.

When the horse and I understand each other, we both have won.

I am perfectly happy using enough pressure to help the horse understand what I want done, but I will have lost if I use more pressure than necessary to communicate with the horse.

The lessons of the  round pen teach just how false the very concept of racial superiority is. White supremacy is a concept that can only take root among those who believe that in order for a white man to win, a black man must loose.

Or, in more accurate analysis, white supremacy  is a concept that can only take root and flourish among those who think that each victory for a black man is a loss for a white man. In short, it is a philosophy dependent on fear.

A world view of life as a competition and a struggle between you and me, us and them, our team and their team insures the development of a society  made up of winners and losers, rulers and ruled, and oppressors and oppressed.

...because if he got away he would have won, and nothing is more important to  those who internalize this view than winning.

Your last sentence sure does explain "why". The fact that falling asleep in a car - rather than driving after drinking - was considered reason to kill someone? So there could be a "winner". We hear far too much about winners and losers right now. That mindset appears to be responsible for far too much abuse & death.
Well written, Steve
Thank you
Maggie