Is Your Horsemanship Letting You Down? 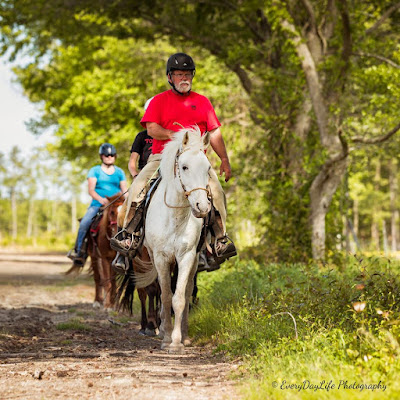 Perhaps the greatest thing that I learned from the round pen was that completely ignoring self interest is not the goal of an ethical life, it is merely the first step to achieving an ethical life. The round pen teaches that a life that has any focus except improving the lives of others is a wasted existence.

That understanding has allowed me to prosecute crimes of molestation and abuse against children for over twenty years while only once having a victim that I could not instill with enough confidence to take the stand and testify. That understanding has drawn many people to our program upon whom pain drips down constantly--sometimes even running in torrents, sometime in slow drops, but never ceasing to drip. What they have learned in the round pen helps them have life and to have it more abundantly and allows them to help others

Now I enter stores and see ignorant, smug, people parading around with out masks proudly picking up their beer and cigarettes and dropping them down on the counter to be waited on by a senior citizen who is waiting for the end of her shift to go home to fix supper for her spouse of forty years whose diabetes and other health problems have turned him into a shut in.

And I see neo Nazis and Klan trash on television who genuinely believe that they were born superior to other people.

And at every turn in my life I see people who not only fail repudiate self interest in the interest of others, they affirmatively place their own interests and desires above the good of others.

And I feel nothing but hopelessness.

And in the past I could work some horses, teach some little ones to ride, ride deep in the woods with some brilliant young adults and older teens, do a thirty  mile ride, or maybe even more......and feel restored.

But not now.
Posted by Steve Edwards

I understand. The world we grew up in is vanishing.

frustrating to say the very least. Jon Stewart said something that for some reason I hadnt thought of. He said Do these people who consider wearing a mask somehow takes away their freedom believe that in the midst of operating rooms that means doctors & nurses are "free" to remove THEIR masks, gloves etc while working inside someones body? (I'm paraphrasing here, obviously-he said it much better). Does raise a question, tho, doesnt it?
I fully agree with you - but just know that you of all people do more to, shall we say, offset these numnuts, than many of us are able to do.
Saddle up & get out into the woods for a few hours - just you & a horse.
Maggie