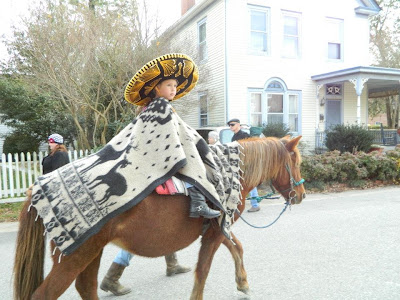 (What is set out below is not a normal blog post. It is from a note that I sent out to the parents of my riders last week. In the note I sought to explain why we push ourselves as hard as we do. One of the parents suggested that I post it directly on the blog. After bouncing it around in my head I have come to agree with her. Though this message was directed to the parents of my riders, it raises points that parents of any kids that wish to learn to ride in whatever discipline that they choose should keep in mind.)

The schedule is a bit more complicated now that we have several new riders. I want to group riders using several criteria:

Riders that reach the level of trotting comfortably on trails can easily transition into being competent trail riders and can join the groups that go on longer trail rides. Parents should encourage their kids to work very hard at following my instructions concerning how to sit, handle the reins, and how to control their horse. Please stress to your kids that it is dangerous to substitute their judgement for mine. If I say to remove a hand from the saddle I do so because it is safer to learn to ride without hands on the saddle.

Parents should also encourage their kids to move out of their comfort zone with individual horses. Kids that ride the same horse at all times do not learn to ride as well or as quickly as those that switch around. Little girls like to reach consensus on horses and decide who is cool and who is not just as they do with other kids on the play ground. Please make sure that the kids understand that if I give them a horse to ride on a given day they should not be afraid to do so because some other little rider has said that he is not nice.

Learning to ride a given horse is not the same thing as learning to ride horses. Jessica's skill and confidence has grown in leaps and bounds since she began to enthusiastically push herself to work with horses instead of just getting on the same old horse time after time.

I do not think that enough kids understand the import of my instructions regarding how to ride. For example, if I say to put hands closer together the proper response is never that you like it better with your hands far apart. When I say "hands down" the proper response is never , "They just keep coming up on their own." We do not accept any of the silly rules of what has come to be considered proper riding. Everything that we do is done that way because it is the safest, least difficult technique for horse and rider. Our safety record is phenomenal when one considers the miles ridden, the number and age of riders, the use of wild horses, colts and stallions. In fact, most establishments would say that what we do is impossible.

Lastly, please do not think that I am callous about a kid's fears or even actual pain. I understand fear and I understand pain. Most importantly, I understand the utterly devastating impact that not dealing with fear and surrendering to minor aches and pain has on kids as they grow up. A kid that stops riding because he is afraid of the feeling of not being able to control the horse, especially a kid that really wanted to become a rider but has a bad day and gives in to it is much more likely to develop anxiety disorder, full blown depression, substance abuse, and even worse problems than is one that learns to work through the fear.

What is in the paragraph above is very important to understand. Every Monday I read presentence reports and psychological reports on troubled teens. The prevalence of anxiety disorder and depression among kids that become addicted to serious drugs is mind boggling. Anxiety disorder is nearly epidemic among kids today. Riding a slightly rough horse is not a miracle cure but it is a an important peg in developing self esteem.

I have read thousands of sentencing reports and have never read a report of a teen that rides horses that is addicted to drugs. I am not being callous when I tell kids that if you ride horses you will end up in a hospital at some point and that it is no big deal. I say that because I know that those that to give into their fears without working through them often ends up with something much worse than a broken arm.

The other side of it is that I know what kids are capable of. Understand this point--Lydia, Emily, Abby, Amanda,Rebecca, Jacob, Jordan and many other great older riders are not what I measure your kid by. They are all athletes with everything going for them. I measure your kid by Lido. He had cerebral palsy, a very weak right leg and a nearly useless right arm. He got on very rough horses. They did not coddle him because he had a disability. They threw him higher and he landed harder than you can imagine. He got back on.

He was a severely disabled child who was taunted and harassed at school yet he understood that none of the kids that called him names had the guts to do what he did. He had a lot of problems but anxiety was not one of them. He became bold and fearless. He became super strong in his left arm. He even was a very fast runner by the time that he died.

And it is just like the sign on Lido's bridge says, "If I can do it why can't you?"

So if it appears to you that I am challenging your kids and pushing them to do things that other kids can't, like ride 40 miles in the cold. You are correct. I am not doing that because I am callous. I am doing it because it is the best thing that I can give these kids.

Encourage your kids to trust me and do what I say exactly as I say it and I will help them do things that everyone would think impossible. When they are grown and face crushing crisis their first reaction will be "I can't take it." Then they will remember what they did with horses when they were little that they never thought possible and it will help give them the courage to push on through the crisis.
Posted by Steve Edwards

Maybe the best blog YET, Steve. And one I am certainly going to use with our own young riders if I have your permission. Riding for real builds more than leg and butt muscles, hand-eye coordination, etc. It builds character.

Everything that I ever write may be used by anyone that shares our goals. As I have told my little riders, having Vickie Ives approve of your riding program is like having the Keebler Elves tell you that they like your cookies.

If I had had someone like you behind me as a young person, I would be a much better rider today. You are doing a wonderful thing with both the ponies and the kids!

There are so many truths in there Steve about what's best for kids. Your observations made the hair stand up on the back of my neck. Thank you for your work and your words!