The Meaningfulness of Art 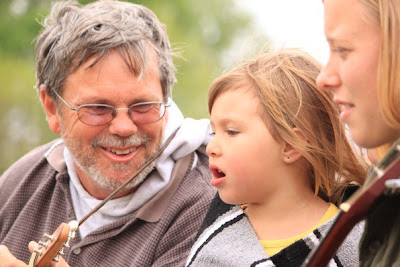 There was a time when I felt certain that one of Heaven's better features would be that everyone there would have access to the History Channel and Comedy Central. Gradually in recent years I find that my interest in comedy and all things fictional have waned. I have lost interest in being entertained and now only have an interest in being informed.

I have come to be the same way about music. If there is no education in lyrics than no amount of entertainment can make up for that. I have come upon a set of profoundly insightful lyrics that Steve Earle put together several years ago, "Billy Austin". It is shallow analysis indeed that considers this to be a song merely about execution. "Tom Dooley" was a song merely about execution. "Tom Dooley" is to "Billy Austin" what cellophane is to silk.

"Billy Austin" is about alienation, in its starkest embodiments. The protagonist is alienated from his family background ("Quarter Cherokee, I'm told"),his home, his ability to understand his own actions, his emotions, soon even his hair, which he will loose shortly before electrocution alienates him from life. He stands alone, like he has "always been." He has no connection to any other person and has lost connection to himself. He is not merely rootless. He is without stem, leaves, or bark--alone. That's all-- No one to "take that long walk with me."

Few things alienate a person from his horse like tying that horse's value to his success at competition. But that is not the only thing that can build a wall between humans and horses.

Time spent mending fence, watering, feeding, traveling, teaching, writing and speaking is always time that is not spent getting close to your horse. Such things alienate people from their horses.

Without me realizing it this is precisely what has happened to me and my main horses.

I first realized it when Ta Sunka became more and more spooky on the trail. No longer was my mere presence enough to calm him down. Recently I have come to realize that I can no longer guide my horses simply by focusing intently on where I want to go. Holland no longer seeks to follow me out of the pen if I am leading another horse out. Tradewind at times does not want me to catch him.

Most importantly, all three of them no longer feel absolutely safe merely from being in my presence. The drift has been entirely my fault. Because it is much easier for me to become close to a horse than to a person, when I become alienated from my main horses I have lost a great deal.

Recently we have had a tremendous infusion of new riders and new families in our program. Many of them are as willing to throw themselves whole heartedly into the our program as have so many families over the past decade. Spring is coming, days longer, families that want to work fence, feed up and water, etc. I am going to reintroduce myself to my horses.

All of this I "learned" from listening to "Billy Austin", likely 50 times over the past two weeks. For me that is the meaningfulness of art.
Posted by Steve Edwards