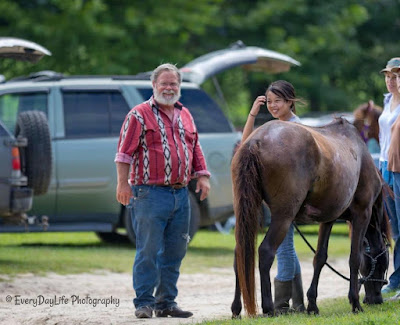 Tam sent me this wonderful note about a subject that is very important to me--bridging cultural differences. For a moment it flashed through my mind that sharing this with others might seem like shameless self promotion. The I quickly remembered that I am not a Presbyterian and decided to make this a blog entry.

Right now is a very difficult time for everyone. We have a global pandemic, political disagreements, and division. When we view the world with hatred and/or stereotypes, it clouds our vision. Our perception of people changes, and we use our differences and opinions as weapons. When we do this, we can miss important moments, even ones that can change the path of your life. We completely forget that the best and most meaningful moments could come from unexpected places.
Enter Steve Edwards. I've known him for a few years. When I first met him at the horse lot, I had a minimal understanding of who he is. He runs a horse conservation program, he is the deputy prosecutor of Isle of Wight, and he is a southerner.

One of the important things Steve talked about on the first day was security. After chatting for a bit, he looked over and said "Go hug that horse. You're safer than you think you are." In truth, I wasn't entirely sure if that was true. But he was correct. I was safe, and the little Marsh Tacky mare was safe too. I realized that he can be trusted. He gave words of wisdom about his experiences, his ideas, and even his mistakes. It became clear that Steve is a fascinating person to cross paths with. Prosecutor intelligence, mixed with fatherly mannerisms. I admire him and his wisdom, it's never a dull moment with a "Steve lesson". Learning from him became such an enjoyable part of the horse lot, that it was weird to suddenly think about our personal differences.
Some of the differences are small, like his peculiar taste in food. Kimchi with walnuts and wasabi is an "interesting" choice for breakfast. But sometimes it's bigger than that. Steve is a life-long southerner, while I became a northerner from a New England family. Northerners and southerners can have a complicated connection, and the historical rivalries can still carry over to today. And honestly, there were times where I worried that the views between the north and south would affect my ability to befriend people in Virginia. I wondered if being friends with a southerner might be impossible if there was the slightest hint of rivalry or regional pride from either of us, even with a level headed man like Steve.
My thoughts were incorrect. That has never been an issue, especially with Steve, not in the slightest way. After spending 3 or 4 years at the horse lot, he surprised me with a horse. And sometimes I spend weekends at his house. The evenings include cooking with his oldest granddaughter, often while musing at the events of our day. Sometimes we'll watch an interesting documentary, or Steve will put on a crime show with his prosecutor insight. And we sleep soundly to the white noise of the television, accompanied by wagging tails of the two dogs. And we wake up happy. Tired, but happy.
Steve and I could easily ruin this by using our differences against each other. As a northerner, I have heard many stereotypes about the south, some of which are used in the north to judge the south. I'm sure Steve is aware of some southern stereotypes about northerners, and it has probably painted a bad picture of northerners. But we don't go down that path. We know that putting differences first won't make us better people, and it wouldn't prove that one is better than the other. We accepted that we exist in the same world, with open minds and a willingness to keep that open mindedness.
Obviously, we can't always solve all of the world's problems. We can't change our history, and we can't completely stop political or regional wars. But we can start by turning ourselves into better people. We can start to peel away assumptions from regional views and generalizations. We can listen and learn, replacing assumptions with facts. Of course, this is easier said than done, and I can't promise that it will work for everyone. But we should always try. When we start to show more acceptance and open mindedness, the world becomes a little less intimidating, and daily life becomes easier to navigate.
-Tam 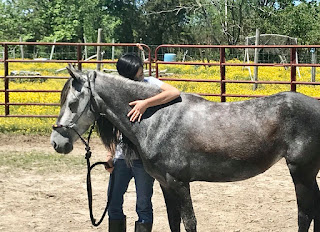