The Marsh Tacky: Appearance and Reality 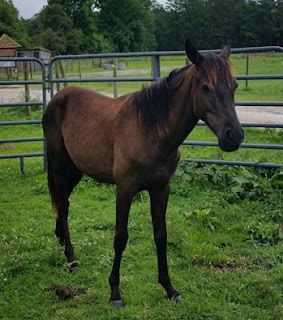 Age has many consequences, I am so very glad that getting older has not cost me either my curiosity to learn knew things and my ability to be surprised. I got several pleasant surprises this morning.

I pride myself on an ability to teach and explain complicated concepts so that they can be understood by people from all walks of life. That makes it especially frustrating when I seek to explain to others what is going on inside my head. Lately the inside of my head is not a place that anyone would like to take a vacation in.

Weeks ago I finished the sentencing in a very complex case involving the beating death of a five year old boy. I finished it in the court room but it is not finished in my head. Presenting such cases with the emotion and extraordinary power that they deserve requires me to get down in it. Someone once told me that the description that I gave of the torment of a victim in one case was so vivid that it sounded like I could actually see what had happened.

I am only throwing this out so you can understand the over all picture as I went out to meet Tanney Town this morning. She is a pure Marsh Tacky. The picture of her above is as a yearling in July of 2016, shortly after we obtained her from the Lowther herd in South Carolina. She had not been handled at that point. It is my preference to have every yearling well halter trained and accepting of a saddle before they begin further training in a little over a year. I saddled her shortly after she joined our program but then set her aside to grow up.

Tanney Town has spent over a year on pasture with a handful of other horses at a farm not far from the horse lot. I had not seen her up close for a very long time. Lydia brought her home yesterday. Lydia told me that she was "huge".

I feared that. Andrew's Marsh Tacky pair that he picked up the same time that we obtained Tanney Town were significantly taller than our Corollas. So I headed out to the horse lot with a preconceived notion of what to expect.

I went to the pasture and put a rope halter on her. She seemed loathsomely tall. She also seemed more nervous than I hoped. As I began to mover her around the round pen her mind was much more on getting out of the pen than in responding to me. She softened up a bit but was slower to learn the head down cue than I had come to expect horses to do.

She did not want my hands touching most of her body and where she allowed touching she did not seem to enjoy the contact.

So...I continued handling her--advance and retreat, teaching that just because something is scary does not mean that it will cause pain. Then she learned to lunge rather well. Her terror of a saddle blanket lasted only moments before she was comfortable with it on her.

In less than fifty minutes she was lunging around with full tack on. She never resisted the saddle or the girth. She never bucked. She never bolted. She showed great presence of mind when turning in the round pen and a great deal of athleticism during the session.

She did everything that I asked of her. She will be able to take a rider soon, but she will have mastered ground work before that happens. She will likely become a super horse bringing everything to the table that all of the Colonial Spanish horses of the Southeast show--agility, endurance, smooth gaits, strong bonding with humans, great hooves and a powerful immune system.

So... I had to measure her. I had to know exactly how much she was too tall. I expected over 15 hands. She appeared that way to me. I braced myself for the bad news.

Appearances don't matter--with horses or with anything else worth caring about. Only reality matters and the reality is that she is barely over  14.2 hands tall--still  taller than I prefer but within the range of being tolerable.

But the state of mind that I brought to the training session and the information that I had received concerning her size had set me up to expect disappointment.

What the horse brings into the round pen in its earliest sessions matter.

What the trainer brings with him in those earliest sessions matter more.