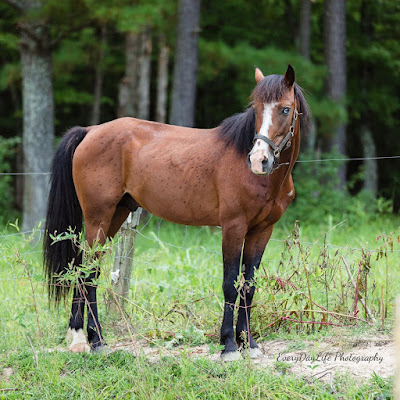 He embodies the spirit of Mill Swamp Indian Horses. He is lean with the high spine and sloping, rafter hips that help give the Colonial Spanish horse not only its unprecedented endurance, but also its smooth gaits and long strides. He is resilient and his story is so remarkable that he deserves his registered name of Big Muddy Miracle. He has overcome tremendous odds and he will be passing that grit, that refusal to give up, on to generations of Choctaw and other Colonial Spanish horses for years to come.

He is as resilient as the people that his ancestors carried on the Trail of Tears. In the 1830's Choctaw, Cherokee, Creeks, Seminoles, Chickasaws, Muskogees and other natives of the southeast were detained and deported to what is now Oklahoma. Only a few hundred of the horses, perhaps the finest riding horses in the nation at the time, remain today.

"The major families that preserved the Choctaw horses until recently were the Brame, Crisp, Locke, Self, Helms, Thurman, and Carter families. Horses were run on the open range in areas where other types of horses were not kept. These families had hundreds of horses of consistent Spanish type and widely varying colors including the "Spanish roan" sabino type, leopard and blanketed, and  others such as overo paints. The Choctaw horses are occasionally gaited."

He went on to say that by 1985 the number of these horses was likely as few as fifty.

Big Muddy is not just a survivor. He is a stunning example of the Colonial Spanish horses that were bred by the natives of the southeast. He is predominately of Choctaw lineage but also carries the genes of Cherokee tribal horses. His elegant gait would have fit in well among the tribal horses of the early nineteenth century.

While stuck in the mud very early in his life in Oklahoma he was viciously torn by coyotes. The scars that remain today speak of wounds that would have seemed impossible to heal. Mary McConnell, who maintains one of the largest herds of Choctaw horses in the nation at her home in Rappahannock county Virginia, loaned this beautiful stallion to Mill Swamp Indian Horses for the fall breeding season. 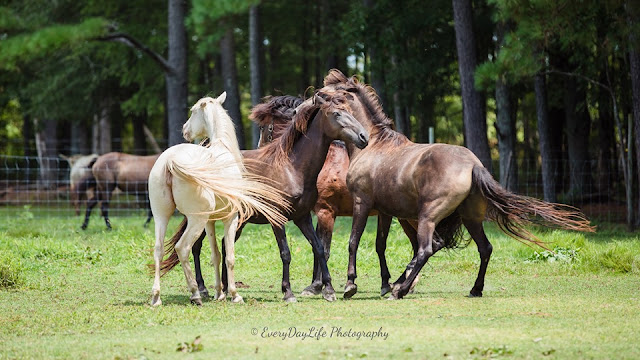 He runs now in a band of three Choctaw mares and several other Colonial Spanish mares who carry a high percentage of Choctaw lineage. His offspring will increase the number of these nearly extinct horses and will also be used to reintroduce the lineage to the Corolla horses that are also bred, trained and promoted at the non-profit breed conservation program in Smithfield, Virginia. The Corollas and Shacklefords are Banker strain Colonial Spanish horses who hail from the Outer Banks of North Carolina. During the nineteenth century strains of native horses of the Southeast were introduced into the breeding population of Banker horses. 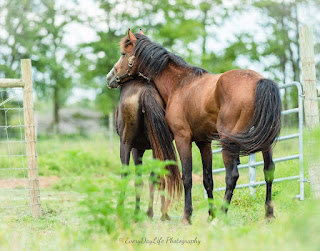 Big Muddy's presence at Mill Swamp Indian Horses will allow for an increase in genetic diversity of the Corolla offsite breeding program without bringing in any non-Colonial Spanish blood into the program.  Foals that are born next summer will be available for those who are willing  to continue the work of breeding, raising and training these smooth gaited horses whose endurance exceeds that of most modern horse horse breeds. 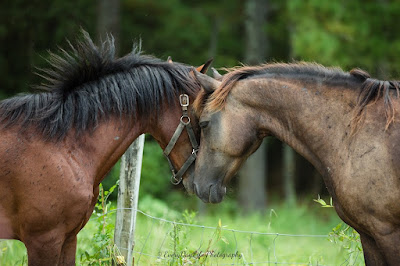