Requiem: Good Bye To Our Most Important Horse 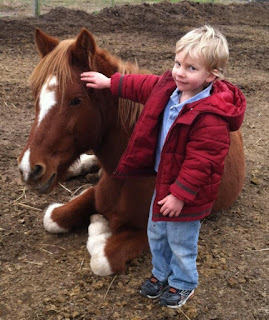 Wind In His Hair was a Chincoteague. He was the first stallion in our program. I bred Wind to several BLM mustangs and produced incredible horses. Like him they had good temperaments, smooth gaits, and bonded closely with young riders. 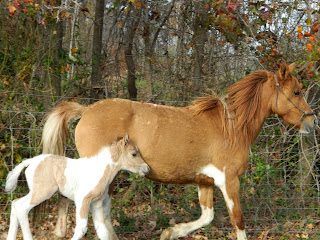 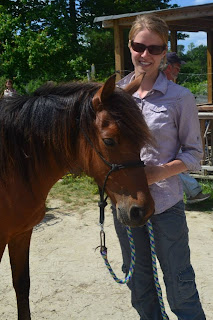 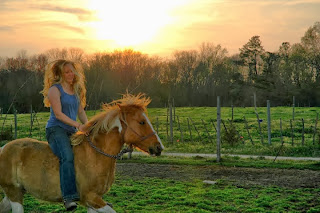 Quien Es?, Owl Prophet, Curly, Young Joseph, One Bull, Standing Rock, and Medicine Iron were just a few of the spectacular horses that he sired. I also bred him to many outside mares and one of his offspring became a Maryland state champion jumping horse. 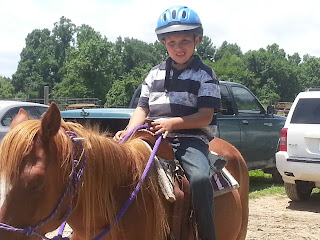 Rowan has often called Wind the most important horse in our program. That would be hard for some people to understand. As a Chincoteague he has tremendous Spanish roots, but the horses of Assateague Island also contain a significant amount of modern breed blood and as such cannot be properly called Colonial Spanish horses. He was not part of our breed conservation efforts.
It was not his DNA that made him the most important horse in our program. It was what he gave, both in life and in death, that made him so important.
For a few hundred kids over the past fifteen years he was the first horse that they ever got on. A few hundred kids were introduced to the horse world through Wind in His Hair. A few hundred kids got a chance to feel the same feeling that others have felt for a few hundred decades as their leg slipped across a horse's spine for the first time. A few hundred kids got a chance to experience the joy of making an emotional connection across species.
In life he opened doors for a few hundred kids and in death he and Wendell taught a few kids one of life's most important lessons--that life can end in dignity.
Wind was probably over twenty years old when he died. He never had a lame day in his life. Except for dental work I do not recall him ever needing emergency veterinary care. For the past several months Wendell has been providing special care and a wonderful diet for Wind. Wind has spent those months paired with Mace's Spring, young Corolla filly teaching her how to be a horse. Wendell's care for Wind made it possible for him to have life of the highest quality for the past many months. Wendell spent countless hours caring for Wind and when it was time to go Wendell was there with him.
One of the most memorable pieces mail that I ever received concerning our program was bitter note from a stranger insisting that we stop "breeding worthless crap with no marketable value."
Such critics, who only see "value" if it is "marketable", could have learned a lot from Wind...and Wendell.
Posted by Steve Edwards

He was a gorgeous stallion and we are forever grateful that we were able to breed our little mare to him and produce a good tempered, talented baby.
The Wind in the Willows is still trucking around at 14, carrying little people in short stirrup classes at horse shows.
Blessings on Wind as he moves on. xo

So sorry to hear he has passed on - its always sad to say good by to a being that did so much to teach humans how to be around horses. Marketable? Not important - not important at all.
The good feelings & education that we as humans receive from these wonderful animals are beyond compare.
Maggie