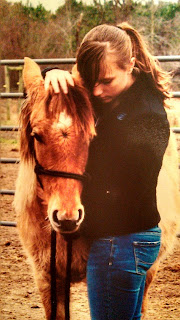 Do you know what an ACE score is? You need to know and understand ACE if you care about the people around you.

Check out this important website. Read it deeply and often: https://acestoohigh.com/aces-101/ . I have spent years learning about and experiencing the impact of trauma, vicarious or direct, in my career as a juvenile court prosecutor  who handles primarily cases of crimes against children, family violence and sexual assault.

As it has been aptly put, the question must be, "What happened to you?" instead of "What is wrong with you?" Without doing so, one goes through life judging those around them only through the narrow prism of one's own life experiences.

Some might think that while all of that is fine, their program teaches how to compete in hunter-jumper events and is not a program to deal with complex social problems. That is simply too bad. You have no choice. The problem is there. You can choose to ignore it but you cannot opt out of your responsibility to others.

When I was little we had a boy in class who was much bigger than most of us. Aside from being naturally tall and strong, he had also failed a few years and was older than the rest of us. He was a bully and one day three of us were talking about his behavior on the playground. We agreed to discuss that matter with our parents that night so that someone would make him behave better.

The next day my two friends proudly announced that their mothers were going to meet with the principle right away to make sure that he was punished.

I was embarrassed at Momma's reaction. I did not want to tell them what she told me.

She said that maybe the reason "Jimmy" was so mean on that day was because it was a Monday and that Jimmy's daddy drank real bad and got mean and beat his family on a lot of weekends. She said that Jimmy did not have friends that understood how things were and that the best thing would be for me to be his friend and make sure that he had someone to play with at recess.

My friend's mothers could not see the problem through Jimmy's eyes. My Momma could. Although he was a good a person as one would ever find when sober, when her Daddy got drunk he had been violent to the point that my great uncle once had to pull a gun off of him that he was threatening his young daughter with.

So kids in our program sometimes "act out." So adults in our program do too. We could simply expel everyone who does not wear a fake, sunny facade of happiness all the time. We could get rid of "problem" kids and adults. We would then be left with a program of people who smile at each other incessantly.

We could all laugh and play at recess. But a church that works more on excommunication than on evangelizing is an institution on its way to collapse.

Attempting to understand why & having empathy goes much further than "punishment"!
Maggie