The Emperor is Naked as a Jaybird 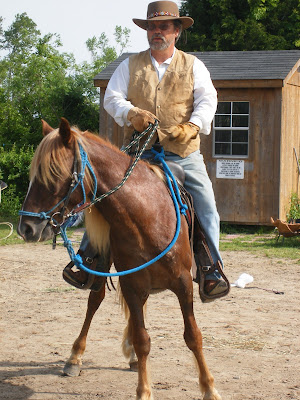 I do not agree with some of the advocates of the New Horsemanship who claim that we can learn nothing from the established horse world in our efforts to improve the quality of both horse/human relationships and the health and happiness of horses. In fact, I think that the effectiveness of the New Horsemanship movement is absolutely dependant on our ability to understand and avoid the most significant mistakes of the established horse world. If New Horsemanship is to achieve its goal of making natural horsemanship, natural horse care and natural hoof care the norm for the next generation of horse owners we must be willing to make the commitment to reform not just an industry but an entire horse culture.
Such reforms will not be accepted with open arms. In fact, to hope for more than blind hostility is unrealistic. I have no interest in seeking the approval or acceptance of the established horse world of breeders and competitors. Their power is based primarily on the blind willingness of others to accept them as experts in the field. The economic power of the equibusinesses that make feeds, supplements, blankets, bedding, etc has no incentive to encourage New Horsemanship.
In the next series we will lay out the core beliefs of New Horsemanship with its emphasis on creating a new generation of horse owners who have the knowledge to understand and properly care for horses.
Those core beliefs stand in stark contrast to the elitism that permeates the established horse world. We certainly will not stoop to the base language and crude insults of those who seek to preserve the status quo,but neither will we pretend that the pronouncements of any spokesman for the established horse world have any validity whatsoever simply because that spokesman is recognized as an 'expert' by those who share, or mimic, his beliefs.
Posted by Steve Edwards

Excellent post. You have put into words what I cannot
DC
Natural Horse Network