The Privilege That Is In the Struggle 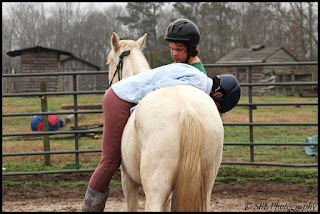 One must pay attention to the snap shots--the quick, completely unanticipated ways that understanding can come to us. I have had many such experiences in my life--things that could be simple off hand comments that impacted me in ways that I could have never imagined. When I read that Black Elk said that Crazy Horse never kept a great horse for himself, that when one came into his possession, he quickly gave it away to a poor family or a widow, I realized how immoral it would be for me to use my ownership of our horses to in any way restrict the pleasure that they could bring others.
When Fred Thompson told me the morning after my first election as a young political figure that now my sole duty was to "Do that which is right." I learned how easy it is to make the right decision if doing what is right is the only option that one considers.
I was seventeen years old when Grandaddy Horace said, after I told him that he was carrying the buckets of hog feed surprisingly well (although he was terminally ill with cancer) that, "If I did not know any better, I would think that I was getting better. But you know pretending a thing is going to happen don't make it happen." I immediately came to despise appearances, facades, pretenses and all things that mask truth and reality.
The list of such turning points in my life could fill many posts but one came up in the last year that I am only beginning to fully understand now. A rider pointed out that when I discussed any major physical challenge like a very long-distance ride or other tests of myself or of our horses, I seemed to savor the inherent difficulty of the test. She pointed out that I never seemed to consider any reward or mention any reason to do the test.
A few months later I was seeing a doctor that I had never met before. He was asking preliminary questions and asked me about exercise. As I was explaining the various things that I do I mentioned walking with 50-pound weights in each hand. To my surprise (actually to my shock) he blurted out, "Why do you do that?" All I could do was to immediately, and without thinking, blurt right back at him, "Because other men my age can't."
I was not pleased with that response and have put a great deal of thought into a deeper answer to that question.
Over the last several months I have spent countless hours going beyond my years of study of the impact of trauma on human behavior and health and have been looking at other factors that affect the why's and how's of our feelings and emotions. As I have done so, I find myself constantly amazed at how often Stoic thought, some of which is over 2000 years old, is echoed by the advances in the study of the human brain. Dr. Andrew Huberman, of Stanford University, explains what we now know about dopamine, cortisol, adrenalin, and other hormones and enzymes in a way that I can understand it.
His observations on what has (unfortunately) been called the "pain/pleasure" nexus gives vital insight on how working with a horse (although he never uses any equine related experiences that I have yet come across) can radically improve one's emotional health. (here is brief excerpt of a video of his thoughts on the role of dopamine as a motivator instead of merely as a reward mechanism If You Are Feeling Lazy and Unmotivated, LISTEN TO THIS CLOSELY! | Andrew Huberman - Bing video) After viewing this and looking into it further I can understand why such tests make me feel so much better and why I do not often remember details of various accomplishments years later.
As hard as it is to understand, most of the satisfaction comes from the struggle and very little of it comes from the reward. I have never purchased a lottery ticket, not because I fear losing money, but because I fear winning it. I have always instinctively known that having a large sum of cash that I did not earn would certainly make me miserable. It is the earning, the struggle, the work, that brings most true pleasure and receiving constant hits of dopamine as a result of pleasure that one did not work to earn merely serves to reduce motivation to act in any theater of one's life that requires effort.
Why is training a horse using natural horsemanship so deeply rewarding? Because it is hard. Because it takes patience. Because it takes effort. Because it takes commitment.
Why is owning a horse that is well trained by someone else so less rewarding? Because it merely takes the writing of a check. Why does the established horse world, which depends entirely on the never-ending writing of checks, have so much resentment against our program? Because we show that children and novices, with proper direction and motivation, can learn to train their own horses.
And to compete the circle further, there was something a bit familiar about what Dr. Huberman was saying about dopamine and unearned rewards. It was another example of ancient Stoic teaching being fleshed out by modern scientific knowledge. When Marcus Aurelius wrote that "the obstacle is the way"
he meant that going over the obstructions in life was not a detour from life's path, but that it was the direction, it was the way, that we must seek to go.
We are privileged to be able to take part in what can be a long, slow struggle to fully understand our horses.
Posted by Steve Edwards