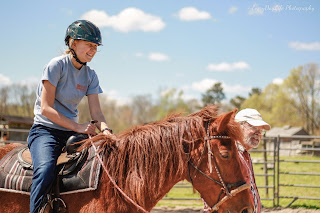 Few of us are  lucky enough to have none of these beliefs. Although they are contradictory, some of us are trapped holding all three beliefs at the same time. The beliefs all relate to power and control. Some of the beliefs change on their own as we age. Others might require years of counselling and hard work to over come.

The first of these toxic beliefs  is that one can control the events around them. This is a vanity for little boys who control their environments by pressing buttons on videos. Doing so creates the false perception that life follows the model of  power and competition embodied in these games. But this flawed belief existed ages before video games.  It is embodied in the belief that training problems are solved by showing the horse "who is boss."

Years ago I noticed that, nearly to a uniform degree, little boys described their problems with horses by saying, "That horse is not doing what I said!", while little girls framed the problem in starkly different terms, "That horse is not listening to me!"

And there never is complete control in any other aspect of our lives. We live in an uncertain world and those who refuse to accept that will learn that brick walls cannot be broken with human heads.

The second of these toxic beliefs is that one should be able to control the events around them. This belief causes us to analyze all problems with horses with one measure--"What did I do wrong to cause this problem with the horse?" If one should  be in control and a problem arises then the problem is the result of the failure of the person to do what they should  have done.This belief causes people to wrack their minds trying to come up with a  reason that they fell from the horse.

Self loathing is not a productive source of motivation.

The saddest of these three beliefs is that one has no control over the events around them. It is often a product of years of abuse and perhaps full blown PTSD.  This belief is trauma's child. Powerlessness breeds anxiety and depression. The best news is that learning natural horsemanship can reverse this belief. I have seen it happen too often to even question its effectiveness. When one learns to train a horse with 51% control and 49% affection one learns how truly powerful one can become.

Q. "That horse must be crazy! Why did that horse throw me?'
A.  "He didn't throw you. You fell off."
Q. "So you are saying that it is my fault?"
A. "Nope, I'm saying that if you lengthen your stirrups a notch or two and get a bit more power in your legs you can handle a minor spooking like that."
Q. "I don't think that there is anything that will ever keep me from falling from a horse that spooks like that. You don't really think that I can learn to stay on when that happens, do you?
A. "Yep. And I can show you how. And you can learn to do things that you never thought possible."

And when one internalizes the last statement above--real horsemanship...and real happiness is possible.