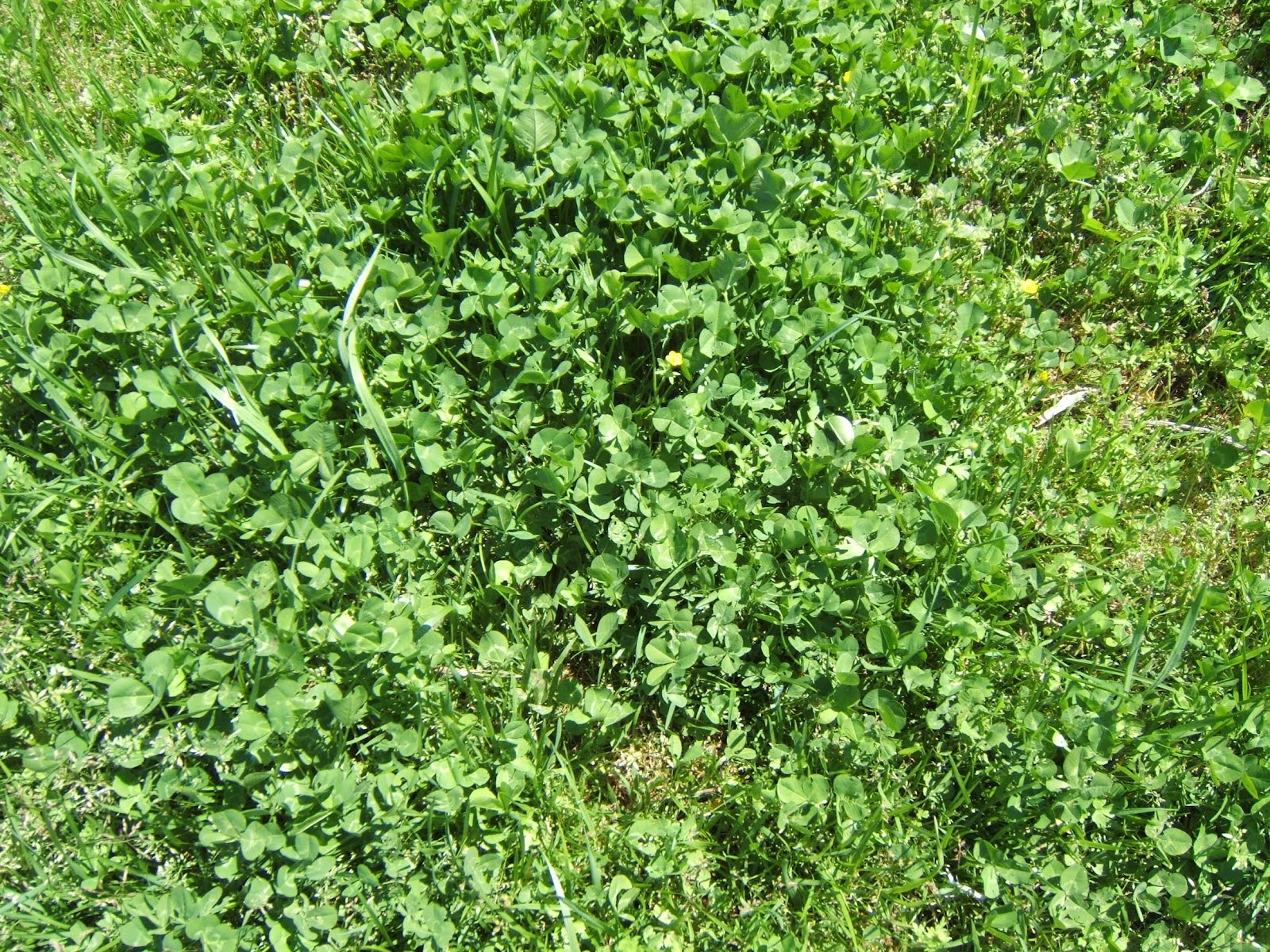 I want healthy vegetation for the horses to eat. I want the rain to penetrate the soil. I want less runoff and less standing mud. I want to catch  any sign of erosion in its earliest stages. I want to continue to refuse to use herbicides and keep the use of modern fertilizer to a minimum. I want to achieve these goals with minimum expenditure of funds.

Here is our very ambitious plan to do so:

Reduction of soil compaction  is the key to achieving these goals. We have two distinct types of soil at the horse lot, one very sandy, one a dense, dark soil.  In very wet weather each is dark and muddy. In very dry weather the suface of each is soft and powdery.

Both impressions are deceiving. The top three to four inches of soil is laden with organic matter, primarily a passively created compost of plant fiber and decomposed manure. Just under that is a hard pan of soil compressed by years of supporting the weight of a herd of horses. The compaction is such that water does not freely permeate that level. Instead, it creates a layer of mud when it saturates the top layer which is enriched with organic material that swells when allowed to sit in water. There is also more runoff of precious rainwater than would be optimum because of the lack of penetration.

Our horses eat grass hay and pasture. As a result their wastes are quite low in nitrogen. One would expect the soil to be super fertile from the years of horse manure but the vegetation would actually benefit from an application of more nitrogen. Nitrogen is very expensive and applying it to compacted soil will not solve the problem. Legumes are planted to fix the nitrogen in the soil which allows for better grass growth.

To my surprise, years of grazing pastures with horses has produced a soil base that is not at all acidic. In fact, our soil testing does not recommend the application of any additional lime to the soil. (This certainly would not be the case if the organic wastes had been from a commercial hog or chicken operation).

The compaction, if ignored, would lead to significant erosion. We do not ignore erosion. We currently deal with it relatively passively but have begun a more dynamic approach in areas of the deepest slope. Over the years I have halted erosion in several developing washes by simply dropping tangles of hay baling twine along the route of the wash. The tangled twine creates baffles that slow the rushing water enough to allow it to deposit soil instead of eroding it. Eventually the wash becomes a delta/plain that covers the twine and disburses the water so that it moves slowly and harmlessly across the surface of a broad area instead of cutting a deep ditch.

In a few areas where the erosion was faster paced I put up small board "dams" across the washes. They were much more labor intensive and did not work as well as simply dropping armfuls of old twine in the washes.

We are beginning work on what is called a pasture pond--but that is much too grandiose a term for the depression in the ground that we are developing along one of the more significant drainages from the pasture.  The pasture pond is not intended to hold water year around. It will be roughly the size of a pick up truck and will only be two to three feet deep. The earth removed from the depression is to be piled on the lower end in a crescent shape to hold the water that might seep down hill in heavy rain. The small depression will be fenced off so the horses cannot walk in it and reduce the integrity of the containment. We will plant native wetland plants in and around the enclosure to both reduce erosion and to absorb excess nutrients.

The other major strategy to  to reduce erosion is a modified version of rotational grazing. I would prefer to be able to have a strict schedule of rotational grazing. However, we have six or seven stallions and I am very careful to limit the number of foals we produce for the off site breeding program to the number that we can use or place. The constant movement of the stallions would likely lead to conflict.

Our modified version of rotational grazing calls for the various bands to spend most of their time on a given pasture with round bales in those pastures. During the growing seasons for the various grasses (we have both warm and cool season grasses) the bands are given access to a pasture that is normally unoccupied for a few hours several times per week. This diversifies their diet, allows the pastures to maintain their viability, and gives the bands a change of scenery. Of course, I am very careful to gradually expose the bands to fast growing green vegetation of the spring and fall so as to prevent problems with laminitis.

I also work to get full use of the natural, non grass, plants that grow in abundance. That means allowing the horses access to browse, bark, and vines as they would have in the wild. That requires us to constantly be on the lookout for dangerous vegetation such as broken red maple limbs. Last year I purchased a large, expensive mower. Its use has reduce the weeds in the pasture to nearly nothing. That has allowed the grasses to grow. By next year the increase in edible forage will have paid for the mower.

Erosion is primarily combated by working to keep a cover of vegetation on the overwhelming majority of the pastures year round. That requires us to maintain small "sacrifice" areas that do not support vegetation in order to maintain the large areas that do.

But everything that we do to combat erosion will work better with less soil compaction.  I could use a subsoil plow to turn the soil over at a very deep level. However, that would require every pasture to be reestablished. We must conserve and repair our pasture while keeping them alive. That is a challenge. For that I look to the field of research that has created the concept of a permaculture.

Instead of seeking to remove manure we need to find ways to restore it back to the soil in a manner beneficial to the horses and the environment. I am looking for some help on this job. That is where the bugs and worms have their job at the horse lot. My sandier pastures are chocked full dung beetles. These amazing beetles roll up to 50% of the manure in a pasture into their underground tunnels where it decomposes into the soil instead of providing run off from the soil. They also aerate the soil and greatly reduce soil compaction. I will be looking for ways to increase the number of these beetles. The key right now is to limit the use of ivermectin wormers which kill the beetles that consume horse manure laced with the substance.

Last winter our experiments with wind row composting were a shocking success. Simply using a tractor with a blade to push the manure into long "wind rows" in the sacrifice areas allowed the manure to decompose into compost at lightening fast speed. Sacrifice areas are also rotated. In a few years an area that was a sacrifice area is allowed to become a lush pasture.

I am beginning to experiment with red wiggler worms to both hasten composting and to provide some degree of soil aeration.  Even more significantly, I have been researching the use of  black soldier fly  larvae to consume manure and create compost. These flies have a great deal of promise. They do not bother people or animals as adults, carry no diseases and do not even have mouths when in their adult stage. It is their larvae that do the heavy lifting.

Late next summer I hope to plant a significant number of acres of forage radishes. They may be the best tool to come around to fight soil compaction. They grow a root larger than a carrot and send a tap root deep int the soil. They lift nutrients from the compacted layers and bring them to the surface. When they die the root quickly rots leaving an air pocket and  aerated soil. Rainwater can enter these pockets instead of standing around as mud or rushing away as run off.

They will be expensive. The seed is not cheap. I think that they will radically improve our pastures and I am certain that they will provide a wonderful class room for my riders and our visitors to learn about sustainability.

These practices will fit in perfectly with our practice of natural horse care. Eventually they will reduce our operational expenses.

And they will improve the quality of the soil that has been farmed by my family for many generations.
Posted by Steve Edwards