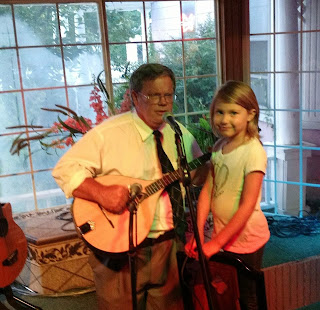 A person who completely immerses himself in natural horsemanship takes huge steps towards freedom. A person who does so while embracing the world of the wild horse achieves freedom.

That freedom comes with a price.

Those enslaved by conformity resent nothing more than one who has become free. I once thought I was free because I resisted conventional rules. One who does so is merely a rebel and a rebel is not free. I now realize that I only became free when I was finally able to stop recognizing the legitimacy of conventional rules. Freedom only comes to those who never reach the point of deciding whether to comply, because they never reach the point of even considering the validity of conventional thinking.

Freedom is not the same as anarchy. In fact, freedom requires integrity and integrity only exists when one fiercely adheres to rules. But rules of my own choosing, rooted only in my own belief system and in my own priorities. Those priorities are all based on honesty, kindness, compassion and resilience.

The horse knows, without having to be taught, that what matters is whether the grass tastes good, not whether it looks good. In terms of conformation, he knows that what matters is whether the horse can comfortably carry a rider fifty miles, not whether he looks like he can comfortably carry a rider fifty miles. The horse values a herd mate only in terms of how that herd mate treats him in complete disregard of  that herd mate's sales price or the number of ribbons he has won. The horse knows that when he is trying to outrun another horse the only thing that matters is how fast that horse can run, not whether that horse has a pedigree full of fast runners in his lineage. The horse cares for his herd and is without care for the greatest corrupter of people, dreams, religion and good intentions---money.

It is not just the horses that have freed me. I have learned freedom from an array of horse people who are also walking daily towards freedom. I have no doubt that if I told Ashley that I had a come across some new technology that could alter her voice  to make it appear perfect she would have no interest in it if it created a sound that was no longer authentic. Lydia would not consider using a "beauty cream" that made her appear to be anything but herself. Jen would never trim a hoof to make it look good at the expense of the horse's comfort.

I generally have little regard for Plato's philosophy. However, his story of the prisoners in the cave who think that the reflections and shadows that they see on the lake are real because their chains prevent them from ever being able to distinguish reality from appearances is one of the most important insights into the human quest for truth that has ever been presented.

I do not believe that it is possible to truly become immersed in the world of a wild horse and still fit into society. If your horsemanship is not giving you the freedom to see the absurdity of what this world values then you are not at one with your horse.

But you do not have to remain chained in the cave. Unlike Plato's prisoners you have access to reality. But you will not find that reality in a shopping mall, a fashion magazine or a home decorating catalog.

The truth can be found in the round pen.

The instrument in my hands above is called a bouzouki. I do not know how it is supposed to be played. I have never had a bouzouki lesson. I have never even seen one played in person. In fact, my bouzouki is the only one that I have ever seen.

I am sure that that is not how a bouzouki is supposed to be played. It breaks all the rules to do this.

But how does it sound? It sounds the way that I want it to.

And that is freedom.
Posted by Steve Edwards