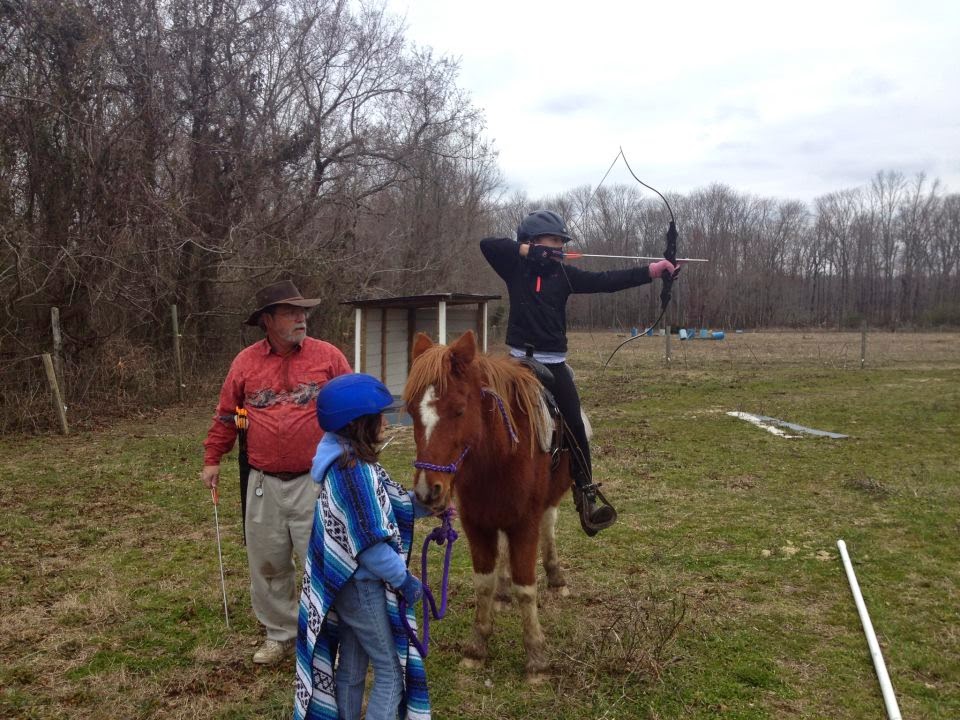 Vocabulary is frustrating, especially when teaching real horsemanship that is more than the , "sit up straight ride around the arena" variety. The concept of controlling and interacting with your horse using intense concentration that I call "focus" might be what Dorrence called called "feel", what some refer to as "energy" and is partially encompassed by the concept of "chi."

Whatever it is, it is difficult for children to apply. Completely aside from the actual medical condition, our culture promotes deficits in the ability of a child to maintain attention. There are simply too many distracting stimuli in our highly mechanized and digital world. Not only is the concept difficult for kids to apply, it is nearly impossible for them to even conceive of the meaning of focus.

As I explain constantly, one can teach a horse best only after one develops the ability to look a person directly in the face and instantly focus one's gaze such that one sees only the tip of the person's nose, as if there was no face there at all, only a nose.

What I am seeing is that kids who practice target archery, even if only for an hour a week, dramatically increase their ability to focus while riding or training in the round pen.

Focus is the beginning of horsemanship.