Houston, We Have Landed...and, uh, We Ain't Going Nowhere 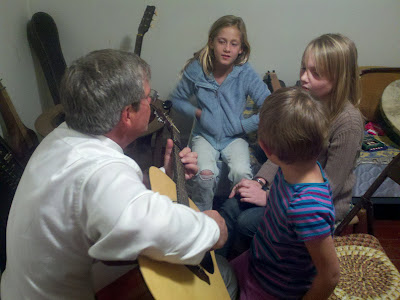 I do not come from adventurous frontier stock. My white ancestors settled about 8 miles from the Little House in 1635 and since that time I have had a relative within a 15 mile radius of the Little House.

Such a background creates roots that city people do not quite understand. Sunday night there was a dinner at the little country church across the road from my house, just down from the cemetery which was built on land cleared by my grandfather and great uncles, along with others in the church. The cemetery is filled with my relatives, most who farmed, rode,played music, and hunted hard.

Inside the church, Gwaltney, my great uncle was sitting up close to the desserts. Gwaltney is the oldest of his generation. He does not use the ramp to get into the church. It takes too long. With a bit of help he takes the short flight of stairs. I have never heard him speak ill of another person, nor have I ever heard anyone say anything bad about him. Gwaltney turns 100 years old in a bit more than ten days.

Daddy was outside with his guitar by the fire. He is the oldest member of his generation. A few men younger than me had guitars out. On several occasions the younger men would forget the words to some songs. Daddy would pick up the words and keep going. He told that when he counted up he knew over 500 songs. Daddy is about 75 years old.

After all of these years I recently learned that to make a guitar sound like it has spent some time with Maybell Carter you need to tune it down about four frets and put a capo on the fourth or fifth fret and then just play like that is how things are supposed to be. I used to study the ancient songs hard. I used to know the words to many songs, but not lately. I do not know nearly as many songs as Daddy. I am the oldest member of my generation. I am 51 years old.

Ariyanna came over by the fire and helped with a few songs. She has a solid voice but is a bit hard to manage on stage. She keeps trying to sing my parts and is a bit too free with a willingness to adjust the melody to suit her mood. She is my granddaughter. She is 4 years old.

Last night we had our first session for some of my little riders to learn to play and sing some ancient songs. Christian is not in this picture. He was sitting off to the right absolutely eating up the fret board on the dulcimer. I do not know that I have ever heard a dulcimer fit in so well with a guitar. These three girls, Samantha, Ashley, and the baby range from 4 to 11 years old.

We were upstairs in the Little House, above the room where my mother was born and in the room that I slept in when I was about five years old. The Little House is about 120 years old, a generation older than Gwaltney.

In pasture number one, out behind the Little House, the ground is scattered with stone relics of an Archaic Indian village. That village was there about 1,500 years ago, maybe as much as three thousand years ago.

I believe that the song that we were singing in this picture is "Will the Circle Be Unbroken?"
Posted by Steve Edwards