Natural Horsemanship and Self Control: Your Words Have Not Killed Anyone, Have They? 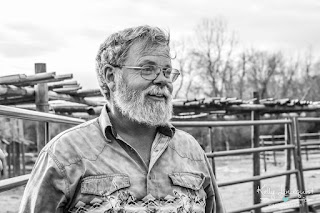 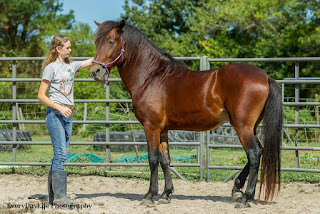 It weighs at least eight times more than you do. It is at least fifty times stronger than you. It is at least ten times faster than you. Is there any way to influence much less even control it?
If you really want to be able to safely control your horse it is one thing that you must first master. It is your emotion---- your fear, your anger, and for many people it is your frustration. One who is not in control of oneself will never be in consistent control of a horse.
An angry, terrified, frustrated student cannot learn effectively. When in the presence of an angry, terrified, frustrated teacher that student cannot learn at all.
The rider who has not done the hard work to take control of themselves is a danger to himself and others astride a horse. One who cannot control a three ounce tongue cannot control an eight hundred pound horse.
Of course, it is entirely appropriate to seek counselling to learn how to stop giving in to every negative thought that crosses one's mind. There should never be any stigma against doing so. But one should take advantage of every resource available.
When he was only ten years old Harry Truman came to the realization that since humans had been around so long it was pretty much impossible for a person to face a problem that had never been encountered by a person before. He decided to learn everything that he could from history so that he would be prepared to face the problems that he would encounter as he grew older.
That was a wise approach.
The wisdom of the past can be of tremendous service to us today. If you cannot control your emotions you might very well find good instruction on doing so in the works of Seneca and Marcus Aurelius.
In terms of human experience and struggles the writer of Ecclesiastes had it right,
"  What has been will be again,
what has been done will be done again;    there is nothing new under the sun."
Posted by Steve Edwards No comments:

Marcus Aurelius, Natural Horsemanship. and Making Sense of The World Around Us 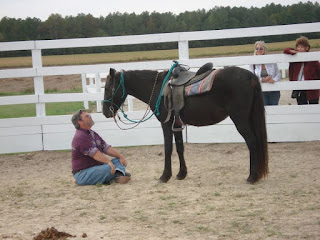 For over fifty years I pursued knowledge and information with a pure, raw zeal. For the remainder of my life I hope to pursue wisdom and understanding with that same zeal. I wish that I had started that journey sooner, but I am not sure that it would have been possible to do so.
At age forty my memory was sharp and my mind was quick. I could routinely watch an episode of Jeopardy and get every question correct. Now I do not have a chance at any question that involves popular culture. (And even the questions that I do know I find that I can't answer as fast as the contestants).
I do not know as much as I once did, but I understand so much more than I would have ever thought possible. I have recently begun to absorb the teaching of the Roman Emperor Marcus Aurelius. This great Stoic philosopher has more to say to me about life in the 21st century than any modern thinker that I can find.
But when I was forty I would not have thought it so. I would have grown bored with his insights and would have quickly set his works aside. It is important to understand that the change is not merely something that comes with age. Were that true the world have fewer old fools.
No, two decades of practicing  natural horsemanship is the key to this transformation.  Intense practice of natural horsemanship has both a direct and an indirect impact on one's  ability to learn and practice wisdom. It gives one an accurate perception of one's skills and talents and replaces the loud noise of society's definitions of oneself. It clears the mind to leave more room to notice everything that is going on around us. It increases patience. It teaches us to reject conformity and adherence to a set of rules and definitions that are imposed by the rest of the world and to find truth on our own.
The dedicated practice of natural horsemanship can be likened to to a prebiotic. It creates a mental, emotional, and spiritual environment that  allows the probiotic of wisdom to flourish.
As we have taught for nearly two decades, we practice natural horsemanship not because it makes better horses, but because it makes better people.
Posted by Steve Edwards No comments:

Becoming a Life Time Rider: Summer of Self Competition In Our Program 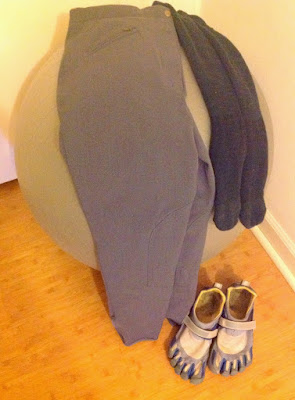 What good does it to to teach a teenager to be a great rider and to love riding without helping them learn a lifestyle that will help make it possible for them to continue riding for another fifty years? Consider this, a very large proportion of my riders will grow up to have metabolic disorder, diabetes, heart disease, arthritis, and a host of other lifestyle related health problems. Video and computer games, and worst of all, those cell phones are the cigarettes' of today's youth. They are deadly addictions.
This summer program participants will be allowed to compete for the opportunity to go on a off site trail ride with only a handful of experienced riders. It will be a very special ride. the kids will think that the ride is the reward, but the actual reward is the introduction to a healthy lifestyle that they can carry on throughout their lives. The rules are simple, from the first of June until the last day of August those who choose to be in the program will have to keep their own records and the high point competitors in various age divisions will get to go on the special fall trail rides.
Scoring is simple: twenty minutes very brisk walking with a weight in each hand, curling and pumping vigorously 1 point per day (if the session is completed before 7:00 am the participant gets 1.5 points per day) Posting on an inflatable exercise ball, twenty seconds on, ten seconds off, for four minutes three times per week 5 points--any thing less than three times per week 0 points Completion of a 20 mile or more ride; 10 points for each ride
Read " Hope Rising" 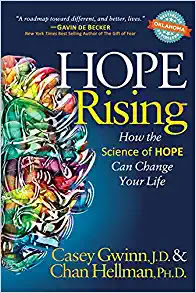 25 points for reading the book and participating in a group discussion of the book
A practioner of natural horsemanship will find this program invigorating and rewarding. One trapped in the box that passes for education in the established horse world will never understand what this has to do with riding.
Posted by Steve Edwards No comments:

A Shackleford Summer: Preventing the Extinction Of the Banker Horse 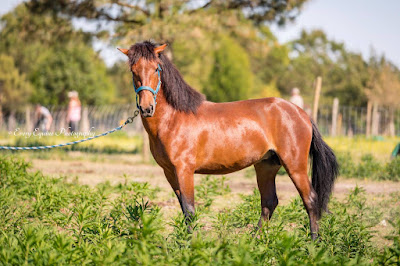 This stunning young Shackleford stallion arrived Friday night. Cracker Jack is a straight Shackleford Island, via Cedar Island, Banker stallion. He will be spending some time here and we will breed him to several Corolla mares and a mare or two who are also Colonial Spanish horses, but of different strains. We are delighted that his owner, Cyndi Finch, recognizes the need to both keep this horse as a stallion and to make him available to breed conservation efforts.
The lack of genetic diversity among the Corollas is causing genetic collapse among some of these horses. I have some Corolla mares that cannot produce a foal when bred to another Corolla. There are four strains of matrilineal DNA found in Shackleford and only one among the Corollas. The Corollas have among the smallest number of alleles found in any distinct genetic grouping of horses.
After World War I over six thousand wild Banker horses roamed the Outer Banks of North Carolina. Today there is a herd in Shackleford that is legally protected and a herd at Corolla that teeters on the brink of extinction as the land upon which they live is rapidly consumed by vacation homes.
These horses have the demeanor, smoothness of gait, and spectacular endurance that makes them the perfect family horse. They have been here since the 16th Century. We do not have the right to allow them to become extinct during our generation.
Posted by Steve Edwards No comments: