A Year's Worth of Healing 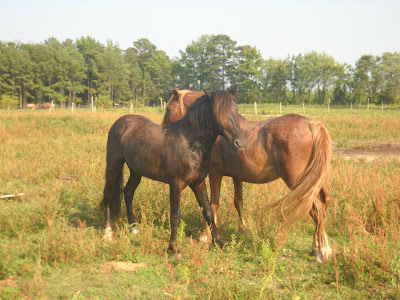 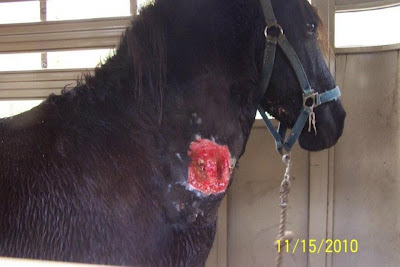 The Corolla Wild Horse Fund just put these photos up on Facebook. The bottom picture is of Edward a year ago, after he had already been treated for two weeks at a vet hospital. That picture is from the day that he was brought to us.

The other picture is from a few weeks ago. That is Edward with Croatoan. Edward's injured neck, now healed, is visible in that picture. That is how well he healed.

It is good to see Edward looking so good.