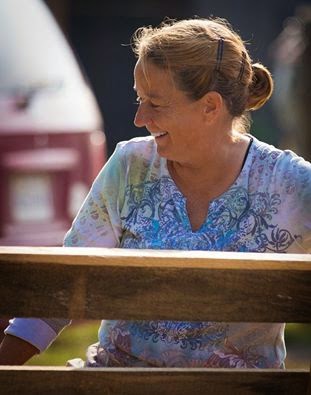 ...are worth keeping around. When I began teaching riding and natural horsemanship I was very concerned that I would not be able to teach kids to ride with confidence and a feeling of freedom. I knew that I could not use the simple motivating techniques that worked so well on little boys in the 1960's. (e.g. "Shut up whining, wipe that blood off your face, and get back on the horse. Are you going to be just laying on the ground whining when the Viet Cong are shooting at you?")


I was absolutely certain that I could not teach adults to ride. I did not even have a guess as to how to motivate adults. Slowly a few adults became part of the program. Many of them quickly came to understand the importance of what goes on at the horse lot. Many did much more than ride. They volunteered, not just for the occasional helping out--but more like an unpaid, part time job. They put hours into what we do.

I am not going to list them individually along with their contributions to the work of running this program. First of all, I don't think any of them are looking for recognition, and secondly, because so many people do so much that it is inevitable that I would miss someone.

The physical work that is volunteered is so very important. The mental and emotional commitment is equally important. Yesterday I lead a small group of kids on a woods ride. They had limited riding experience. I have done this many times in the past but never once without my stomach being tied in an absolute knot. Insuring the safety of the kids in such a situation is nerve wracking. It has never been an issue of feeling that I had to be the boss and be in control of everything. It was the very simple and accurate perception that I was responsible for the safety of everyone at the horse lot, all of the time that chewed me up.

But not yesterday. I had the help of several adults both in getting things organized and in going on the ride. I was as relaxed as I have ever been on a ride. Two of my adult riders joined in and we all had a great time.

We achieved maximum growth in our program a few years ago. The primary limiting factor was not money or even the extreme amount of physical work that I had to do to keep things running. The problem was that I could only be in so many places at once. I was leading and supervising all that I could do.

And now we are a non profit organization and I have dedicated adults and young people whose experience and judgement I can count on assisting in just about everything we do.  I do not have to be everywhere at once. You cannot imagine what this means to the program and to me.

Yesterday, while awaiting the group of kids that I was going to take in the woods, I fell asleep by the round pen and took a little nap.

Did you hear me?

I went to sleep.

Volunteerism...which has nothing to do with a vacation in Tennessee,
(snicker) can be a tough subject.
I have been involved with precisely two volunteer organizations in my life that were worth anything. Rescue Squad over in TN...Zero drama and politics, absolute focus on the mission..it was a good place to be.

I think it should be obvious to the seasoned reader how I feel about Mill Swamp..There is no place I would rather be. No drama..laid back life with horses and awesome people. It gets no better..well, unless somebody figures out how to get fresh sushi delivered.

I have observed many volunteer organizations both from near and far which were to greater or lesser extents, absolute nightmares.
Inevitably the "Leadership," in such an organization is either bound up in ego, or is so controlling of every little detail that few people with any sense would take and keep the job, even with a pretty good paycheck. Being a volunteer anywhere should not incur such pain.

Here is something else Mill Swamp gets right.

Read an article from the Horse World at Large(tm) awhile back, and it is one that I put some stock in, as I have witnessed it in action. The article was about Barn Drama..an ominous term for several reasons. It went into the gory details about attitudes, feuds and vendettas, petty human happenings at several big boarding and training barns across the country...It is difficult to have barn drama without a barn. It is not too often that I read anything aside from restaurant reviews or medical text that makes me queasy..but that article did.
This is an alien concept at Mill Swamp...great people and world class horses call the Swamp home.-Lloyd