From An Idea To A New Reality 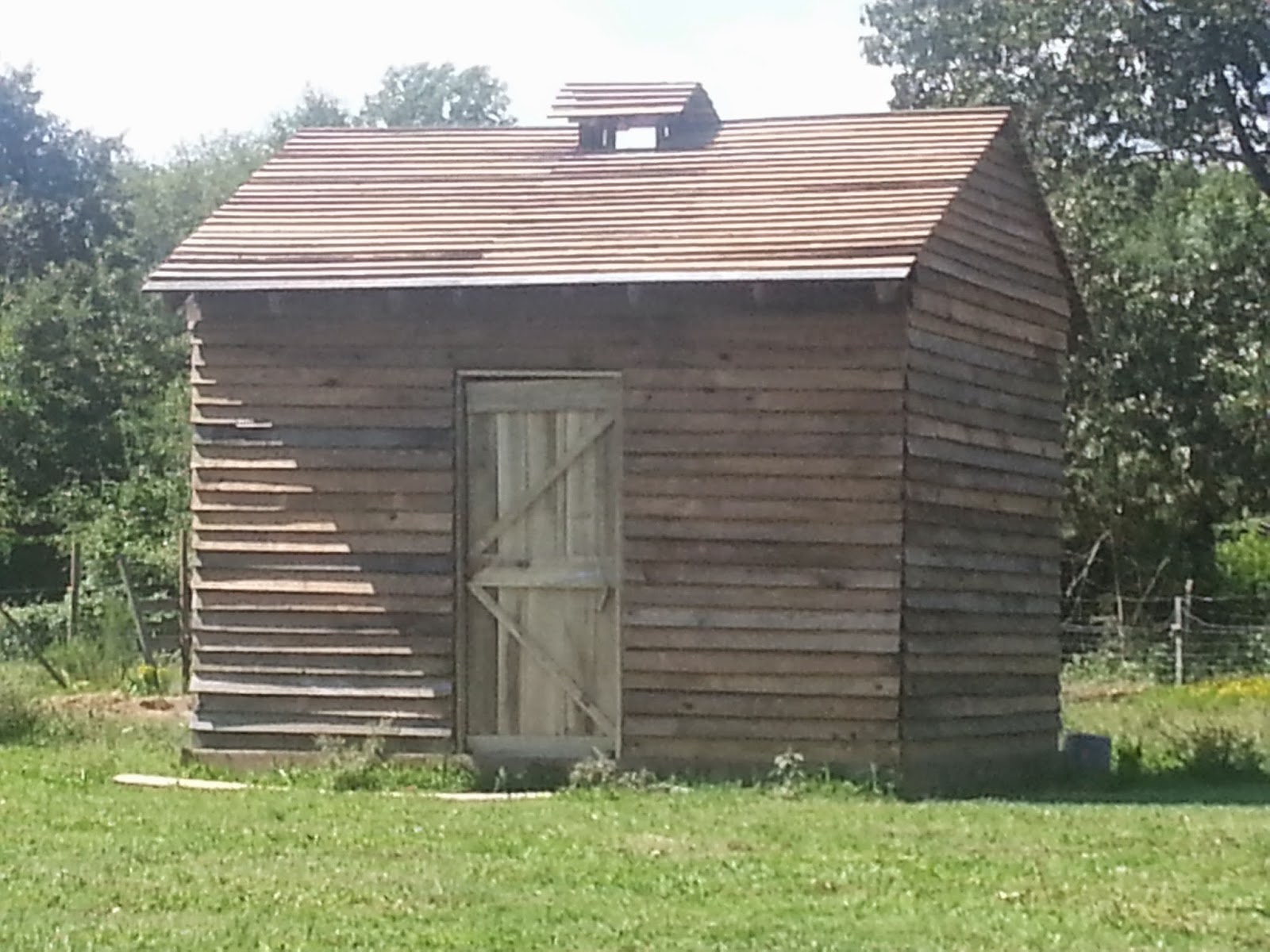 (I found this old post from 2010. It was the first time that I had written about what I would like to see happen with the horse lot. It's happening now. The only difference is that it is in pasture #2 instead of #1 as I had originally envisioned it. Now for another idea--we develop a play about Betsy Dowdy's ride to save Carolina from the British and give out door performances at night next summer using our settler's home and out buildings as the stage. )

One of the reason that "history" is not relevant to many of us is that "history" has, all too often, been taught as simply the story of how rich folks used to live. Few of us are rich and in the past an infinitesimally smaller percentage were rich.

The story of the common settler (with uncommon courage)and his ordinary Spanish horse (with extraordinary ability) is rarely told.

Jes' S'pose we built it in pasture number 1.
Posted by Steve Edwards
Email ThisBlogThis!Share to TwitterShare to FacebookShare to Pinterest
4 comments:

So many of the heritage farms and museums host modern cattle and poultry etc. wouldnt it be great.....for the kids to get excited and the adults to learn a little too?
May 20, 2010 at 7:43 PM
DianneW said...

That would be extremely wonderful. Education (history, social science, genetics, ...) recreation, multiple breed preservation all in one spot. I really hope that you can pull it off. Have you considered include rare plant species preservation? Heirloom varieties would be perfect for the garden and orchard. Maybe some landrace agricultural plots, too.
May 25, 2010 at 2:02 AM
Duane said...

Thomas Jefferson had the right idea,and so did Abraham Lincoln.
Jeffersonian agriculture is really the way this country should have gone...and stuck with it..Farms with very diversified production..everything from Amaranth (You know the "weed" that is frustrating the roundup farmer's efforts..yeah, it's grain contains four times the nutrition as the soybeans it overtakes..monocrop fail.) to watermelon. See also:commercial hemp, wanna preserve the forests?An acre of commercial hemp saves, in just one growing season, four acres of pulpwood which takes a minimum of ten years to produce, never mind the chemical intensive cotton crop it negates. Jefferson imported the stock that became the American Guinea hog..very likely the most feed efficient hog in American history, and small enough to be handled...
Lincoln famously stated that he could not understand these huge farms, any farm that is larger than a man can reasonably work and keep up himself is too large.
Their concepts have evolved into the natural agriculture phenomenon today known as permaculture. This is a system where all inputs and outputs are carefully considered..where manure is not a wasted by-product. Gee..novel concept.
We are not simply a museum farm with historical display and intent, our pasture management does not involve chemicals, or heavy tillage..or tillage at all for that matter, but intensive rotational grazing, and the manure does it's job, and so do the dung beetles..because we don't poison them by over worming the livestock. (I reflect that we work too hard at eliminating parasites, that with a little consideration can be controlled in smarter ways..in agriculture in general, I think we really need to eliminate a different set of parasites...namely the ones who get between the farmer and the folks who consume his products..)
Oh sure..we could drive those concepts to be even deeper and more efficient..but that is not the point. The spark struck from the flint only starts the fire..
It needs fuel...that is where you, gentle reader come in..What can you do, whether in a sun porch container garden, or a 1000 acre ranch to make the world a cleaner, better place.
I think a project coming up for the settler's home ought to be some serious work on the oyster shell pile out back of the house..
-Lloyd