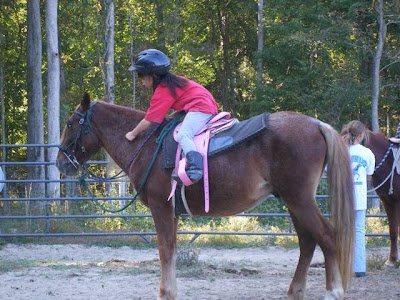 His long domesticated cousin, the Marsh Tacky,is the state horse of South Carolina. They share many similarities and likely have many common ancestors. Like the Corollas, they are at risk of extinction. They are proving their worth in the woods and swamps of South Carolina not only as first rate trail horses, but also as top hunting horses.

Future posts will cover the efforts to preserve and promote this strain. I hope to have a few pictures of some of them up soon. The more that I learn of the Spanish horses of the east, the Choctaws, the Corollas, the Shacklefords, and the Crackers them more impressed I am with them.

It is possible that for those looking for a trail horse that can do it all, day after day, mile after mile, horse breeding may have reached its zenith in the southern swamps two or three hundred years ago.
Posted by Steve Edwards