They Must Really Be Good a Limbo Dancing 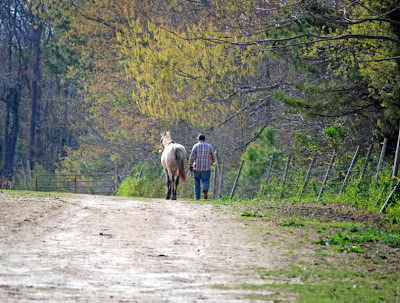 Just how low can the established horse world go? I thought that they had bottomed out with their argument that we must encourage horse slaughter to prevent bad things from happening to horses. At the essential core of the belief system that passes for horsemanship in the established horse world is that appearance always trumps reality. A close second to that belief is the belief that a horse's value lies only in what it can be sold for.

Their sordid enthusiasm for horse slaughter demonstrates these twisted beliefs well. Horse slaughter is promoted as a great good because it creates a "floor price" for horses which (now get this part!) increases their "value". In order to make slaughter appear better, kinder, gentler, and, yes, logical--slaughter is to be referred to as "processing."

Who could possibly object to processing, especially if it increases a horse's value?

It has been said that the conservative has no heart and that the liberal has no brain.

Do these horse people have either one?
Posted by Steve Edwards

Maybe those horse people who do not object to processing should be processed themselves. It would certainly increase the value of the remaining human population.